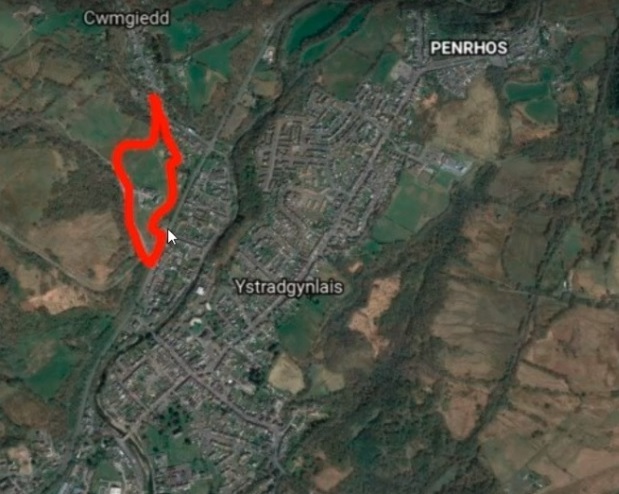 The application had been deferred and a decision postponed at a committee meeting back in December 2021.

This was due to councillors criticising a shortfall in parking spaces, a lack of green space and the absence of a Welsh language impact assessment in one of the bastions of the language in Powys.

At that meeting two months ago the application was described as “immature” for one that had been in the pipeline for several years.

An updated report presented to the committee by senior planning officer Lorraine Jenkins showed that the developers had included an extra 16  parking spaces leaving the scheme just eight  spaces below the recommended allocation.

Provision for a play park had been added, which meant it complied with the Open Spaces Assessment.

Ms Jenkins told councillors that one of the conditions of the planning approval included details Welsh language and cultural mitigation would need to be submitted.

“The applicant and his team are first language Welsh speakers and it’s integral to what they believe in, what they would be doing and is in everybody’s interest.”

“I feel we were justified in asking for a deferral at our December meeting because we have gained in terms of parking and open space, it has my full support.”

Cllr Phil Pritchard said: “Overall I’m happy with the responses and I propose it goes through as per officer’s recommendations.”

“What this show more than anything is the merit of detailed scrutiny which we did on this application last time and as a result we’ve had a much better and comprehensive application in front of us today.

“It’s much more comprehensive and resolves many of those outstanding issues of which we were uncomfortable with last time.”

He added that he would be very interested to see the Welsh Language Impact Assessment when it is lodged, and he seconded the application.

The application was approved with 13 votes for and one vote against the proposal.

The estate will be made up of a mixture of:

19 – two-bedroom terraced dwellings, of which only four would be  affordable;