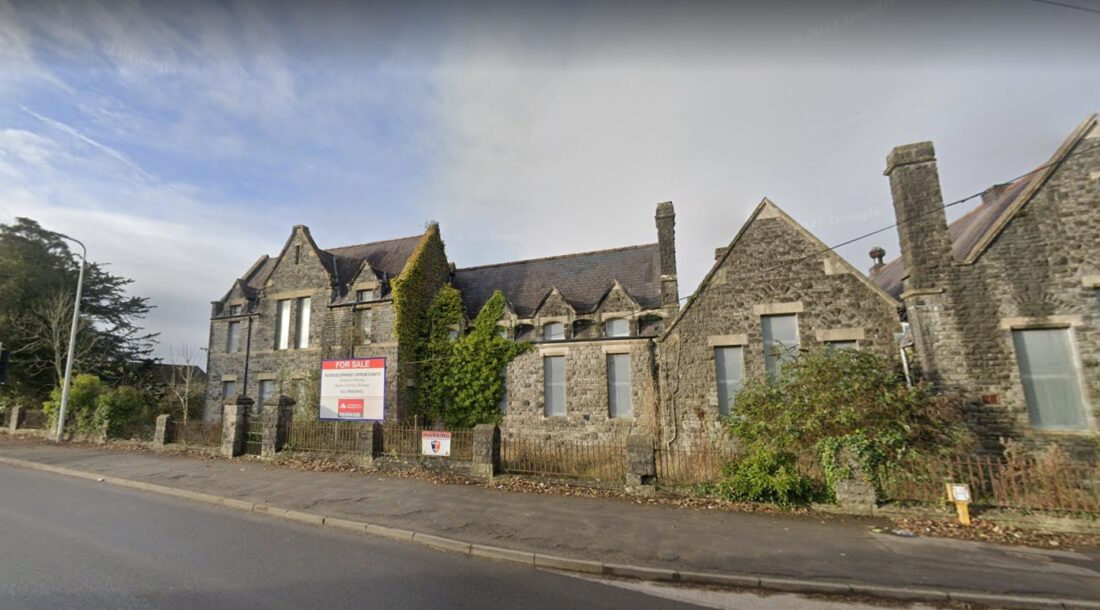 A former school building in the Vale of Glamorgan dating back to the 1890s is set for demolition despite strong opposition.

Vale of Glamorgan Council granted planning permission for the former Cowbridge Comprehensive School Sixth Form and ancillary buildings on Aberthin Road, to be demolished to make way for the development of 34 homes.

Plans to demolish the Victorian building on the opposite side of the A48 overpass to the current Cowbridge Comprehensive site have been met with strong objection, including from Cowbridge Town Council, MPs and Senedd members.

The disapproval of residents has also been expressed in letters of representation to the council and two petitions – one with more than 3,000 signatures, and another with over 2,000.

The petitions called for the rejection of the proposal on the grounds of concern over the loss of a historic building and claims that the development is too big and exceeds the recommendations of the Local Development Plan (LDP).

Councillors also expressed their opposition to the plans at the Vale Council meeting that decided the application on Wednesday, June 8.

Councillor Nic Hodges said: “If you look at Barry, and I do a lot, we have a number of buildings that have been adapted for housing and affordable housing.

“I have a belief that perhaps we need as a council to consider the reuse of this building. I have got to be convinced a bit more I think.”

Cowbridge Town Council member, Councillor Heather Weddell, said: “It would be terrible if a building with local and national, historical and architectural importance were to be demolished when realistic options appear to exist to retain and restore it.”

Conservation Officer at SAVE Britain’s Heritage (conservation charity), Ben Oakley, said at the meeting on Wednesday that the demolition of the old school building would be “substantially harmful to the historic character of Cowbridge”.

He said the school was a building of “local and national” importance and viable alternatives exist.

Mr Oakley added: “The school is a solid structure, which has stood for 125 years and could be easily repaired given the willingness and interest to do so.

“Our alternative scheme for Cowbridge School would allow for the historic building to be preserved and would provide 37 homes.”

The development aims to provide much-needed affordable housing in the area. Figures from the council’s Homes4U waiting list show that there are 375 people on the list for a bed in Cowbridge.

The old school building has also been empty for a number of years and is currently in a state of dereliction.

On comments that there are other viable options, Steffan Harries of LRN Planning, who was acting on behalf of the applicants Hafod Housing at the meeting, said: “Conversion of the existing building would result in far fewer, lower quality homes, which would likely be smaller in size. I find it very difficult to believe that there could be 37 dwellings that could fit into a building of this size and form.

“There are so many issues with the refurbishing and converting the school, such as structural issues, challenging floor to ceiling heights, general decay of the building, limited headspace on the upper floors, its irregular footprint, access for wheelchair users and general access and space standards.”

On claims that proposal represents an overdevelopment of the site and a breach of the LDP, council officers assured members and objectors that the consideration of the application was a balance.

Council officer Stephen Butler told members that officers are required to “look at the entire proposal”.

He said: “We have to make a decision in accordance with the development plan. We are duty bound to do that.”

Head of Regeneration and Planning at the Vale Council, Marcus Goldsworthy, concurred with his colleague.

“What officers have to do when making those recommendations is to balance those policies and take account of the situation that is in front of them. In this case, if the building had been listed or had it been in a conservation area I think the situation would probably have been different.”

He added that the design of the new buildings and what they would provide in terms of affordable housing “has been weighed against those negative aspects” and that officers came to the conclusion that “the need for affordable housing” came out on top.