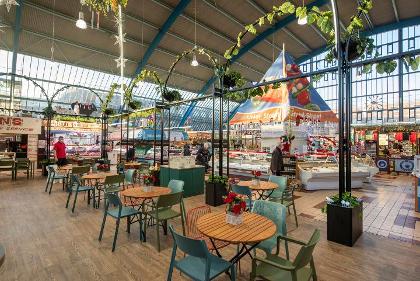 THE regeneration of Swansea is benefiting with funding of £740,000 this year from a grant scheme managed by Swansea Council.

It’s helping businesses and other organisations invest in local areas thanks to money from the Welsh Government’s Transforming Towns “placemaking” programme.

The funding helps revitalise town centres across Wales with schemes such as creating new homes above commercial premises, upgrading vacant commercial units to bring them back into use and creating biodiversity projects such as green walls and green roofs.

Swansea Council projects aided by Transforming Towns this year include the creation of the popular new Market Garden at the heart of Swansea Market and the improvement of some commercial units near HSBC and Barclays.

An update on the Transforming Towns scheme – and how the council manages it across the whole of South West Wales – will be given to the council’s cabinet this week (Feb  17).

“This grant programme affords local authorities the broadest and most flexible package of support aimed at revitalising town centres.”

Funding available across the South West Wales region this year was £6.5m. An initial £1m for 2022-23 has been confirmed by the Welsh Government for the region.