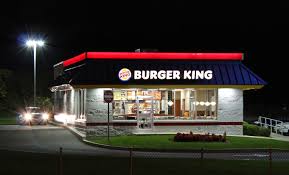 AN “aesthetically pleasing” Burger King restaurant is planned near Gowerton, Swansea, but council highways officers aren’t keen on the scheme.

A company called EBM Ltd wants to create a drive-thru restaurant off Victoria Road, near The Wave (old Swansea Sound) radio station, along with a building which could house eight industrial or storage units.

The drive-thru would be open 24/7 and, according to a planning statement submitted on behalf of the applicant, create some 30 jobs.

The burger venue would have 31 parking spaces, while the industrial units would have 22 spaces.

The planning statement referenced a separate transport assessment, and concluded that the drive-thru “will not represent a trip-generating facility in its own right and will instead be largely used by passing vehicles”.

Highways officers have objected to the proposal, and said the trip generation analysis “is disputed and not acceptable”.

They also raised safety concerns about access to and the layout of the development site, and described the disabled parking space provision as substandard.

Officers also set out a list of planning conditions which they would want implemented, should the council approve the scheme.

The nearest Burger King drive-thru to the Victoria Road site is Parc Trostre, Llanelli, and EBM Ltd said there were no available, suitable or viable units in commercial areas of Gowerton and Gorseinon.

The planning statement described the proposed drive-thru and adjacent units as “an aesthetically-pleasing development”, and said the scheme complied with national and local planning policies.

The statement said: “It has been comprehensively evidenced that the proposal will result in significant economic benefits in the form of job creation.

“A sequential assessment has been undertaken and it is clear there are no preferable sites which are suitable, viable or available in relevant centres.”

Separate plans for a drive-thru restaurant at the Victoria Road site were turned down by the council last year.

Tom Davies, director of the The Absolute Sports Group, which is adjacent to the proposed drive-thru, said he had mixed views about it.

“It’s great for young people to have jobs and if they use local tradesmen for the building and car park it would be good,” he said.

“But Victoria Road is already chaotic, traffic-wise. All the students from Gorseinon College would head down there.”