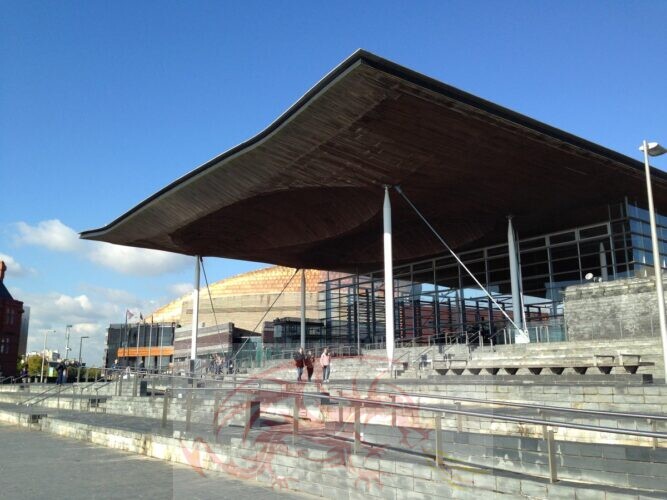 THE  Special Purposes Committee on Senedd Reform has published its report ‘Reforming our Senedd: A stronger voice for the people of Wales’

The Committee was established on 6 October 2021, with a remit to:

consider the conclusions previously reached by the Committee on Senedd Electoral Reform in the Fifth Senedd; and

by 31 May 2022, to make recommendations for policy instructions for a Welsh Government Bill on Senedd reform.

The Committee’s report backs the plan that was set out by the First Minister, Mark Drakeford and the Plaid Cymru Leader, Adam Price.

Two contentious issues with the reform package that had been put forward by the two leaders has centred over the voting system to be used and the structure of the new constituencies.

On the voting system the Report states that two of its members had misgivings over the use of the D’Hondt proportional list voting system.

“A minority in our committee (Jane Dodds MS) favoured the introduction of STV as the Senedd’s new electoral system. She considered that STV would enable broad proportionality, facilitate voters in expressing preferences for individual candidates across party lines, provide for all Members to be elected on an individual mandate and maximise voter choice (by being able to indicate as many or as few preferences as they wished).

She noted that under the existing system, voters are able to vote both for an individual constituency Member and for a party list: STV would allow voters to continue to exercise that choice. She did not believe that a compelling case had been made for moving away from the recommendations of the Expert Panel and CSER in favour of STV. 67.

A second minority within our committee (Siân Gwenllian MS) also favoured the introduction of STV as the Senedd’s new electoral system. However, in the spirit of achieving the supermajority required to deliver Senedd reform, including the transformative measure of an expanded and more proportional Senedd in time for the 2026 Senedd election, she considered that a proportional list system would also have acceptable merits in a way that the current MMP system – incorporating as it did a substantial element of first past the post – did not.”

On the issue of the new constituency boundaries for the 2026 Senedd election Jane Dodds was again in a minority and favoured using the existing 22 local authority areas to create 17 multi-Member constituencies. However, the majority on the Senedd committee supported turning the 32 new Westminister constituencies into 16 Senedd constituencies.

An indicative timetable for proceeding following the publication of theis report shows a time line: