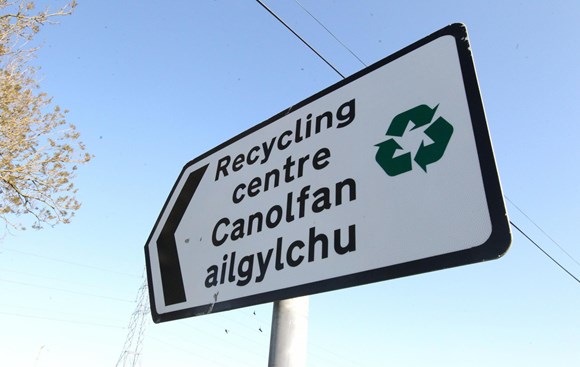 ALMOST a third of what residents in Cardiff put in their recycling is burned in an incinerator in Splott instead of getting recycled.

According to new figures, 30 per cent of the rubbish put in green bags is sent to the Viridor energy-from-waste incinerator.

Cardiff council said the reason was due to residents putting the wrong rubbish in recycling bags, contaminating the materials that could otherwise be recycled.

But this raises questions about how Cardiff recycles, known as ‘co-mingling’, rather than how nearby councils recycle, known as ‘source-separation’ — which reduces contamination.

The figures were revealed in responding to a written question from Cllr Lyn Hudson, during a full council meeting on Thursday, June 24.

He said: “Following the processing of co-mingled recycling at the Materials Recovery Facility, approximately 30 per cent of the material goes to the energy from waste facility for incineration, as a result of contamination caused by residents placing incorrect materials within their co-mingled recycling.”

Recycling bags, after getting picked up from people’s homes, get driven to a Materials Recovery Facility, where workers sort through the rubbish inside the bags. This includes separating everything that can be recycled from the materials that can’t.

The material that can be recycled is sold to producers who eventually turn it into new products. The domestic market however is small, and quite a lot gets sent abroad.

The material that cannot be recycled is sent to the Viridor incinerator in Splott, where it is burned to generate energy. The incinerator, which can be seen from the Eastern Bay Link road, opened in 2014 and processes 350,000 tonnes of rubbish a year, generating 250 gWh.

Environmental campaigners Extinction Rebellion last year blockaded the Viridor incinerator, raising concerns about how its emissions contribute to climate change and air pollution, as much of the rubbish it burns is made of plastic. Burning waste however diverts it from landfill.

Cardiff council still offers a recycling service to residents called ‘co-mingling’, where all rubbish that can be recycled is mixed together in a single green bag. Workers then later separate the rubbish. This method is seen to increase how much people recycle.

But many other council areas, including neighbouring Newport and the Vale of Glamorgan, have now switched to ‘source-separation’, where residents put different types of rubbish into different containers, including glass, plastic and paper. This reduces contamination rates.

Last November, council bosses said they were in the early stages of planning to roll out separate glass collections across the whole of Cardiff, following a successful trial in some areas. This sees glass bottles and jars placed in a separate container to the green bags.

Residents can reduce the risk of contaminating recycling by only putting the correct rubbish in their green bags: some plastic, paper and card, glass, cans, cardboard and aerosols. Polystyrene packing, takeaway trays, plastic bags and crisp packets shouldn’t go in.

A spokesman for Cardiff council said: “The debate between the advantages and disadvantages of kerbside sort versus co-mingled collections has been ongoing in the industry for some time. Co-mingling makes it easier for the resident as all recyclable waste goes into one container. The different materials are separated later at a Materials Recovery Facility where they are baled and sold for reuse.

“Although participation is often higher when using co-mingling, and collection is far quicker, the quality of the recycled materials can be lower than what is recovered by a kerbside sort collection.

“Kerbside sort collections require residents to separate all recyclable materials into different groupings which they place into multiple containers at their home. The containers are then collected by operatives using vehicles with separate caged areas for different materials.

“This collection method is far slower than co-mingled collections. Vehicles have to stop outside each property so that items can be placed in the correct cages. This often involves operatives working with their back facing oncoming traffic and, as it is a far slower collection method, it can also cause traffic congestion.

“The council is aware of concerns in the paper industry about paper and glass being contaminated through the co-mingled collection method and we have trialled a separate glass collection. A proposal will be presented to cabinet on extending this trial city wide. If approved, glass could be collected separately to paper in Cardiff.

“Cardiff is committed to meeting the Welsh Government’s statutory recycling target of 70 per cent by 2025 and we are always looking at ways to improve the quality of recyclable material collected from city homes in order to help us meet this target.”