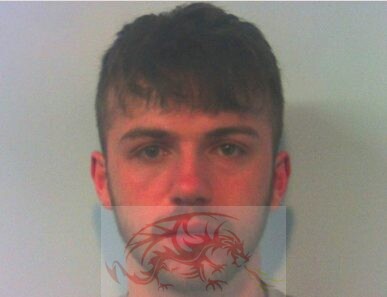 A 20-year-old man has been jailed or four years for drug supply and various crimes after a police investigation that dismantled an organised crime group in Brecon.

Callum Samuel, from Heol-y-Ffynnon, Brecon, had been suspected of heading up the crime group in the town before his arrest on two unrelated matters.

During searches of his home for those offences, officers discovered a quantity of cannabis and cocaine, as well as £1,250 in cash.

However, phones seized from Samuel revealed around 1,000 messages relating to drug supply in Brecon and the South Powys area, with messages sent asking if the recipient wanted any “gear”, as well as responding to requests for drugs.

DC James Page said: “A lot of investigative work went into bringing this case to court, and to maximize the sentence handed down to Samuel.

“There wasn’t a particularly large amount of drugs found at his property but what really caught him out were the phones that were seized and the messaged they contained.

“They proved he was heavily involved in the supply of drugs in Brecon and the wider area.”

He was also in breach of a community order imposed on December 10, 2021, for robbery, assaulting an emergency worker and aggravated vehicle taking.

He was ordered to serve an additional 15 months for robbery, 12 months for the aggravated vehicle taking and another three months for assaulting an emergency worker.

Samuel will to serve these sentences consecutively, meaning a total prison term of four years.

DC Page added: “This investigation led by the Priority Policing Team is a great example of interdepartmental focus to achieve an excellent result for the Town of Brecon.

“Not only has Samuel received a substantial prison sentence, but the OCG identified by ‘Op Brompton’ has been dismantled.

“His sentence will help improve the lives of people in the town, so it is to be welcomed.”

Samuel was sentenced at Merthyr Crown Court on 23 July.