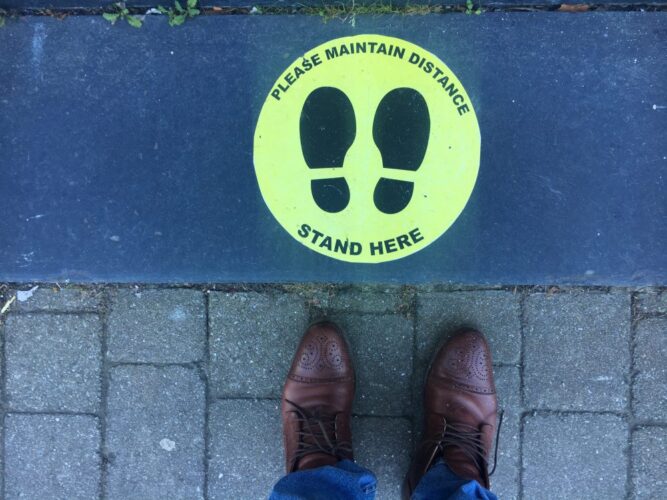 So 44,571 people have died from the virus CV19 we’re told. (as of today 24 Oct) At the height of the pandemic it was 44,000, but then number was revised down a while ago to 42,000. Obviously someone in power isn’t good with figures – or maybe they just like to round them up. And there is a lot of anecdotal evidence that this number has been exaggerated – deaths in hospitals simply put down to the virus. And did they die OFF the virus – or simply WITH the virus? Which? And of course most of these people will have had underlying health issues.

But nevertheless assuming this figure is accurate, 44,571 out of the UK’s population of around 68 million is 0.07%. Of course it’s natural to be afraid of dying, prematurely at least, but this government’s & national paranoia with being afraid of dying is not living!

We are being locked up, people out of work, we can’t go anywhere, we can’t see our friends or family, we can’t go for a meal or to the pub to drown our sorrows – and the national debt is ballooning into the TRILLIONS !

Every day we are told the figures for people ‘infected’ with the virus – not sick ‘infected.’ In other words ‘positive’ for the virus. Infected though sounds so much more threatening than ‘positive.’ And of these people infected/positive for the virus how many are false positive? And even if the figures of X hundred people today testing infected/positive Are correct – so? SO WHAT?

Do we test tens of thousands, hundreds of thousands of people every year to see if they are infected/positive for whatever flu virus is circulating in the population?

‘Fifteen thousand people today tested positive for the influenza virus F66 in the UK. Two thousand in Manchester, one thousand in Liverpool and five hundred in Cardiff – so we are going to lock you all up because someone might die.’

Of course we don’t. It would be crazy to do so. ENOUGH.

In conjunction with this measure everyone should be allowed to have a free flu jab. At the moment it is only for people over the age of fifty

and those deemed at risk. The flu I understand is a ‘corona virus’ so the flu jab MAY offer some protection against this.

It seems ridicules not to offer the flu jab to anyone that wants it – regardless of age – IF they want it.

And while you are at your GP’s having your flue jab your Vitamin D levels are checked. There is a mountain of evidence that people with optimum levels of Vitamin D suffer less from the virus. Indeed adequate Vitamin D levels offers protection against many infections and life threatening health risks.

And anyone found to have inadequate levels is able to supplement free on the NHS. Vitamin D supplementation costs pennies. Of course this would ‘cost’ but given the ballooning national debt both of these measures would be extremely cost effective.

SOMEBODY PLEASE MOUNT A LEGAL CHALLENGE AGAINST THE UK’S, WELSH AND SCOTTISH GOVERNMENTS TO STOP THIS MADNESS.