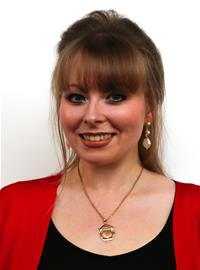 HEALTH MINISTER  Vaughan Gething must apologise for testing failures in care homes that have led to a huge number of deaths, according to Plaid Cymru Shadow Local Government Minister Delyth Jewell MS.

A BBC Wales investigation found that residents entered care homes from risky settings untested and that care homes were put under pressure to take in infected patients.

The Older People’s Commissioner has reported Welsh Government to the EHRC over a suspected breach of older people’s rights to life.

It had been the Welsh Government policy to refuse tests to care homes where residents were not displaying coronavirus symptoms. Crucially, Welsh Government also failed to test those coming from hospital into care homes. Welsh Government said at the time there was no clinical evidence for testing under these circumstances, but has since u-turned on their policy.

“Plaid Cymru was consistent in our call for universal testing in care homes, and in calling for tests for people coming out of hospital into care homes. We were told then by Welsh Government that there was no clinical basis for this.

“Their U-turns came too late for many people and the consequences of not implementing universal testing sooner has been laid bare in the testimonies seen in the BBC Wales program. It’s nothing short of a national scandal.

“Vaughan Gething’s defensive and unsympathetic response to the BBC investigation was abhorrent. Rather than continue to defend his own terrible decisions he must now offer a full and unreserved apology to bereaved families and traumatised care home staff.

“Plaid Cymru supports the Older People’s Commissioner for Wales’s decision to refer the Welsh Government to the Equality and Human Rights Commission (EHRC) over delays to testing in care homes.

“The Welsh Government has a duty to publish the evidence that guided their decisions not to test everyone in care homes. I wrote to the First Minister three weeks ago to demand an explanation of his claim there was ‘no value’ in testing asymptomatic residents returning to care homes from hospitals, but am yet to receive a reply.

“The heart-breaking truth is that many beloved grandmothers and grandfathers would still be with us today if a universal testing policy had been in place in care homes from the start.”