Calls for clarity on Monkeypox Vaccination Programme in Wales 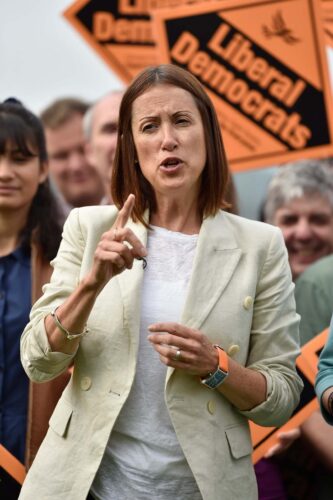 Monkeypox is an infectious viral disease related to Smallpox that usually causes mild symptoms, although death estimates range from 1%-10% and the disease can be more harmful to those with weak immune systems.

The virus is currently seeing an outbreak in the UK with over 2,000 cases seen so far. The outbreak has spread to over 75 countries with the World Health Organisation (WHO) declaring a global health emergency. In Wales the number of cases stood at 24 as of July 21.

Although no vaccine for Monkeypox currently exists, the Smallpox vaccine has proved effective against the virus as they come from the same family.

On June 22, the Welsh Health Minister, Eluned Morgan MS, issued a statement outlining that the UK Health Security Agency recommended the implementation of a vaccine strategy for those most at risk of catching the virus, including men who have sex with men and healthcare workers who work in sexual health services.

However, there has been confusion over the rollout, with those concerned told not to come forward for the vaccine until they are contacted.

Meanwhile in England, multiple clinics have made already made the vaccine available and multiple walk-in clinics have been set up in London.

“We really need to see more clarity from the Welsh Government on its plans to ensure those are more likely to be at risk from catching Monkeypox are able to get vaccinated.

“Stating that those on a PrEP prescription will be contacted is fine, but what about the large numbers of susceptible people who are not on PrEP? In some health boards such as Powys PrEP still isn’t available, which is a problem within itself.

“I would also like the Welsh Government what it is doing to address the limited supply of the MVA vaccine. It is vital that these concerns are clarified to give those at risk peace of mind.”