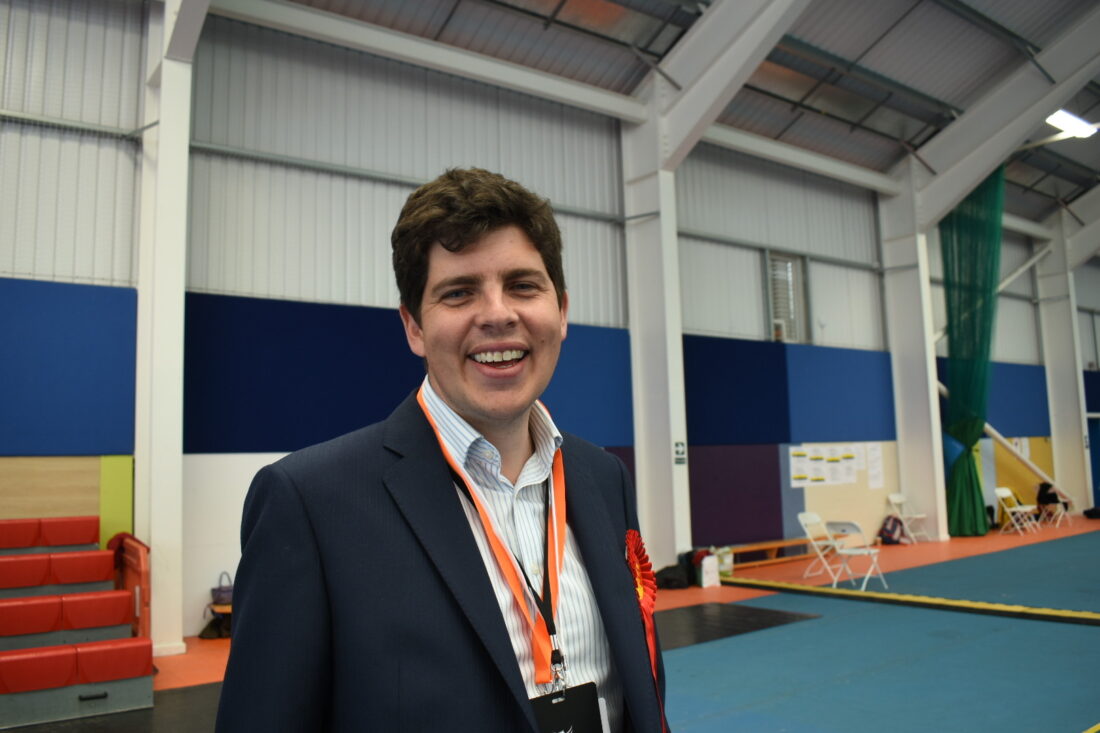 HUW Thomas, the leader of Cardiff Council, has presented his administration’s new Programme for Government to a gathering of more than 100 business, civic and public sector leaders.

In a meeting at the city’s Parkgate Hotel, chaired by Cardiff Youth Council, he outlined the ‘Stronger, Fairer, Greener’ ideals that will inform the authority’s decision-making and ambitious developments over the next five years.

Outlining the agenda, he said the council would create

A stronger city – creating and sustaining well-paid jobs with an education system that helps young people reach their potential, with good, affordable housing in safe, confident and empowered communities;

A fairer city – where opportunities of living in Cardiff can be enjoyed by everyone, where those suffering from the effects of poverty are protected and supported and where a fair day’s work is rewarded with a fair day’s pay; and

A greener city – that takes a lead on responding to the climate emergency, celebrates and nurtures biodiversity, with high-quality, accessible open spaces, that is connected by accessible and sustainable transport options

Before expanding on his vision for the future, Cllr Thomas reflected on the impact of the pandemic and how leadership, citizenship and partnership – cornerstones of the new policy – helped Cardiff tackle the crisis.

“For all the misery brought by Covid-19, it also brought out the best in our city,” he said, “and I want to put on record again my pride in and gratitude to how workers in Cardiff Council and across the public sector stepped up to the plate.

But he warned public services were now facing a new wave of pressures, with social services, for example, dealing with unprecedented demands and a devastating cost-of-living crisis affecting households across Cardiff.

“Amidst the gloom, I see cause for optimism,” he said. “Cardiff’s story over the past 25 years has been one of transformation from stagnation to competitiveness. We must now aim to exploit post-Covid opportunities to evolve again, translating competitiveness into prosperity for all.”

“These are jobs which otherwise would not have come to Wales and which have created opportunities for young people who might otherwise have migrated across the border.”

But he added that the Cardiff Capital Region (Cardiff and its nine neighbouring local authorities) had established a new mindset that saw investment projects outside of Cardiff as having a benefit for all.

“When Cardiff succeeds, the Valleys succeed,” he said. “And when the Valleys prosper, Cardiff prospers.”

Completion of the new central business district at Central Square and Central Quay;

A new velodrome at the Sports Village; and

A new indoor arena as the catalyst of the next phase of the Cardiff Bay development – “the biggest regeneration project in Cardiff since the Barrage, creating thousands of jobs,” he said

Key to the ‘Fairer’ element of the agenda is the council’s commitment to the Real Living Wage (RLW), tackling the issue of homelessness and education. “Cardiff now has more than160 accredited Living Wage Employers and one of the lowest proportion of jobs paying below the RLW among major UK cities,” he said.

In housing, he said the city was facing a crisis, where rents are unaffordable and buying a house a “distant dream” for too many younger residents. “We know the long-term answer: build more good quality, affordable homes,” he said.

“We have built more council homes in the last two years than in the previous two decades,” he said. “There are nearly 1,000 now constructed and we are committed to 4,000 more. We will also explore other levers to expand affordable housing, including considering a 300% council tax premium on properties that are empty for long periods of time.”

Education, he said, was the council’s foremost priority.

“Since 2012 attainment has improved year-on-year and we won’t stop until every school in Cardiff is a good school,” he added. “We have invested record amounts into our school buildings and by 2030 we’ll have built another eight new primary schools and two new secondary schools.”

He also urged those at the meeting to help young people make the most of what Cardiff has to offer.

“I want to ask our city’s cultural and sporting sectors to work with us to create a ‘Passport to the City’ which will give all those young people access to our city’s amazing assets.”

When it comes to the green agenda, the council has to think big, he urged.

“We all know the energy potential of the tide in the Severn Estuary – it would generate seven per cent of the UK’s power requirement and thousands of jobs and place Cardiff at the forefront of the green technology sector. So, I will be leading work to take a fresh look at this opportunity through an independent commission to be launched later this year.

“Our key aim though is to make this council a carbon neutral organisation by 2030 and to do everything we can to push the city towards this target too. We will be introducing a series of energy projects for the city, raising our recycling numbers, and planting more trees. Since 2017, my administration has planted over 10,000 trees. We plan to plant an additional 800 hectares, which would extend the tree canopy to 25% of the city’s land area as part of our Coed Caerdydd project.”

In addition, the council intends to complete the cycle network and expects success in its bid for £100m from the UK Government’s Levelling Up Fund for a new tram link between Central Station and Cardiff Bay. “We will also work with Welsh Government and Transport for Wales to deliver new rail stations across Cardiff and we will radically improve bus transport, including working with partners to introduce a standard £1 bus fare.”

While the responsibility for implementing the programme rests with the council, he called on the people of Cardiff to play their part, too. “Make no mistake,” he said, “we’ve got a long way to go over the next decade. To get there brave decisions will need to be made by political leaders, here in city, in the Capital Region and in the Senedd.

“But I also want to be clear that this will require the personal commitment of the people of Cardiff. If we’re going to solve the challenges we face in the coming years then that’s going to require citizens taking personal responsibility for their actions. We have to work together to make the changes required, whether that’s helping to improve our recycling rates to changing the way we move around the city, reducing reliance on the private car. Because, as ever, the successful cities will be those that can build city-wide coalitions of public and private sectors and civic society to make change happen, aligned behind a shared vision.

“A Stronger, Fairer, Greener capital city – that is the prize to be won, if we can marshal our efforts and put our shoulders collectively to the wheel.”