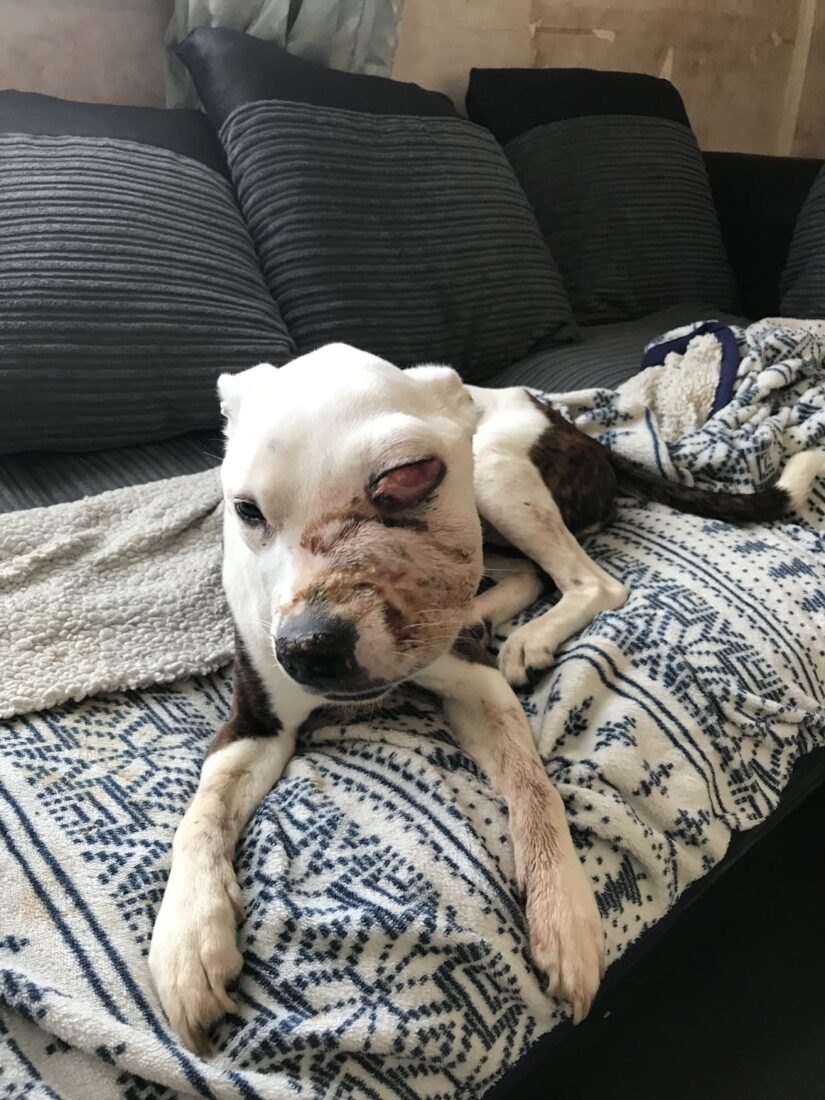 A Cardiff man and woman have been handed suspended prison sentences for causing unnecessary suffering to their dog after failing to treat a “horrific injury” on her face.

Dean Wayne Dando (d.o.b 21/02/1980) and Ceri Ann Parker (d.o.b 10/02/1982) both of Highbury Road, Ely, appeared at Cardiff Magistrates’ Court on Wednesday 10 May.They each faced the same one offence under the Animal Welfare Act in that on and before 2 July 2021 at Highbury Road, they caused unnecessary suffering to their dog Elsa, by failing to ensure she had received veterinary care for swelling to her face and/or weight loss. Both defendants pleaded guilty to the offence.

In RSPCA deputy chief inspector (DCI) Gemma Black’s witness statement, it said she attended the address on 2 July 2021 and was shown 18-month-old Elsa.

Parker told DCI Black that Elsa had been attacked by a dog and that they hadn’t been able to afford to take the dog to the vets for any treatment. She also told the inspector that she had been bathing the wounds, but that they had been getting worse, and although Elsa was eating and drinking she was getting thinner.

DCI Black said: “I immediately saw a horrific injury on the eye and face on a bullcross type dog that was lying on their sofa.

“The entire left side of Elsa’s face was swollen with wounds and pus surrounding it. Her left eye was not visible, instead there was fleshy inner eyelid exposed and swollen where the eyeball should be.

“The wound was one of the worst I had seen on an animal. Elsa was thin with her ribs and hip bones prominent and there was a strong smell of what I have previously known to be infection in the air. Elsa had bloody staining also on her legs.”

DCI Black told Parker she had serious concerns for the welfare of Elsa and that she wanted to take her to the vet immediately Ms Parker and Mr Dando both agreed that they would sign her into the care of the RSPCA for treatment.

A full veterinary examination was carried out and the vet confirmed that he believed that Elsa had been caused to suffer unnecessarily. Elsa weighed 11.6 kg, which the vet advised was a body score of two out of five.

“She had several masses all over her body, with one that had a wound and that was scabbing in the stomach area,” said inspector Black. “The inside of her mouth was horrific, with rotten teeth and exposed roots.”

Sadly the independent vet advised she should be put to sleep on welfare grounds to prevent further suffering.

In mitigation the court was told the couple were remorseful.

Both were disqualified from keeping any animals for two years and were ordered to each pay a £128 victim surcharge.