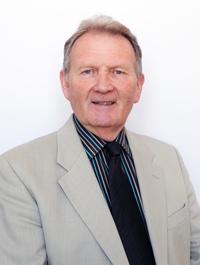 TEN more schools will move to Welsh language education in Carmarthenshire as part of an updated strategy, a senior councillor said.

Cllr Glynog Davies, cabinet member for education and Welsh language, said this would happen over the next 10 years, with four in the first five years. The council said it will be working with the un-named schools and the wider community before starting any formal process.

The revised Welsh in education strategic plan for 2022-32 presented by Cllr Davies was approved by cabinet and will now be sent to the Welsh Government for consideration.

Cllr Davies said the response to the plan from the Minister for Education and Welsh Language, Jeremy Miles, had been very positive thus far although “he did want a little bit more meat on the bones”.

All councils have to submit a Welsh education strategic plan to say how they will achieve Welsh Government outcomes and targets in this area.

Ministers want an education and training system that responds to the growing demand for Welsh language education.

Their aim is to increase the number of people of all ages who can speak Welsh with their families, at work and in their communities. They also want one million Welsh speakers in Wales by 2050.

Carmarthenshire’s strategic plan has several principles and objectives, and has to set out targets for the following outcomes:

More children continue to improve their Welsh language skills when transferring from one stage of their education to another;

More learners study for assessed qualifications in Welsh as a subject, and subjects in Welsh;

More opportunities for learners to use Welsh in different contexts in school;

An increase in the provision of Welsh-language education for pupils with additional learning needs; and

Increase the number of teaching staff able to teach Welsh as a subject and teach in Welsh.

Cllr Davies said the council was determined to give every child a fair language opportunity, and that “immersion” in Welsh at a young age was very important.

He said 57.5% of nursery children and 62.5% of reception children respectively learned in Welsh in Carmarthenshire, and the council wanted to see this strong position transferred to foundation phase.

He added: “There will still be an opportunity to receive English-medium education. The choice will be there, even after 2032.”

This was contrary, he said, to some “fake news” on the matter.

Cllr Ann Davies, who had declared an interest before the cabinet discussion started, said she was extremely pleased, as someone who worked with very young children, to read the revised strategy.

Children aged three or so could pick up a language easily, she said, by absorbing it.

“The process is completely different to actually learning a language,” she said.

Cllr Alun Lenny also welcomed the strategy, adding that bilingual speakers were needed for so many careers, particularly health and social care. He said Dyfed-Powys Police chief inspector Richard Lewis wanted staff to be able to speak Welsh up to a certain level within a few years.

Now that the council’s Welsh in education strategic plan has been approved, it will be up to Mr Miles to ratify it, modify it, or reject and prepare another o