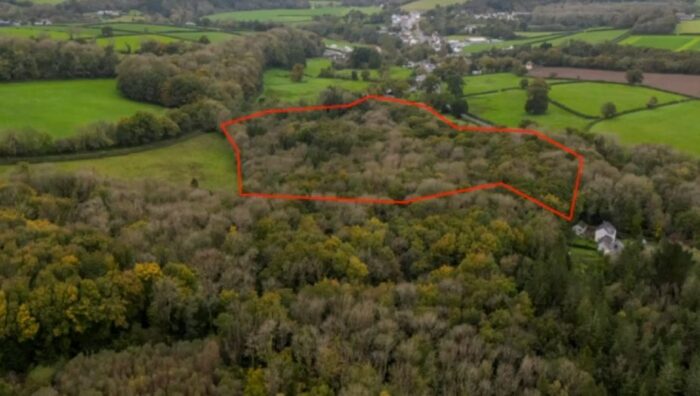 A FAMILY has been given the go-ahead to build a house in woodland in Carmarthenshire and make a living from the trees.

Applicant Oliver Weight will use horses to pull out felled oak, ash, willow and spruce from the land, near Cenarth.

He will make furniture and huts for sale, grow food and rear animals, and make tools for his own use. His wife plans to set up a pottery venture.

Building in the countryside is restricted but there is more leeway for schemes considered under Wales’s one planet development policy, such as Mr Weight’s.

Carmarthenshire Council’s planning committee narrowly voted in favour of the proposal after a lengthy debate, which required a second vote after confusion about who had put their virtual hands up for what first time round.

It was six in favour, six against and three abstentions second time round with committee chairman, Cllr Alun Lenny, using his casting vote to approve the scheme.

Cllr Gareth Thomas – one of those against – questioned the application’s ecological credentials, and said not enough food could be grown on site.

“They should be able to sustain themselves on six acres – and perhaps live primitively – but these are not,” he said. “They can run this business from a house in Cenarth.”

Concerns were also raised that the proposed house looked like a conventional one and that dismantling it would be too difficult, should the whole venture fail and not be passed on to a third party.

But Cllr Lenny said: “From what I gather not every one planet development has to be a hobbit house, and I believe the business case that has been prepared is very detailed.”

Ward councillor Hazel Evans spoke against the application, saying it would have a detrimental impact on the ecology of the woodland and questioning whether the water courses there were fit for human consumption.

She added: “There’s no grazing land – they would have to buy in food for the animals.”

Concerns were also voiced about how the scheme would be assessed and monitored.

But planning committee member, Cllr Kevin Madge, said it was an exciting proposal.

“You’ve got a highly skilled man – you can see he knows what he is doing,” he said. “This man and his family want to make a go of it.”

Cllr Sue Allen said she was a bit concerned about the requirements for horse feed but backed the application, saying she had confidence in the officer’s planning report.

Cllr Eirwyn Williams was also in favour. “They want to step back to the last century, in many ways, and they want to be part of the community,” he said.

A planning officer explained that the family of three would produce 53% of their basic food needs after five years and buy in a further 23% via income from the land. This would exceed the 65% minimum under the one planet development policy.

She also said the proposed house was not as conventional as the images suggested, and that it could be dismantled.

Training activities and open day events are also proposed for the barn.

Most of the woodland will coppiced, in sections, on a five-year rotation.
The planning report said the applicant had vast wood craft experience, and that there was enough wood on site to sustain the business for the rest of his life.

Conditions have been imposed with the planning consent, which can only be formally granted after an assessment on the development’s impact on the nearby River Teif special area of conservation.

Wielding his casting vote, Cllr Lenny said: “I’m prepared to give the applicant the benefit of doubt.”