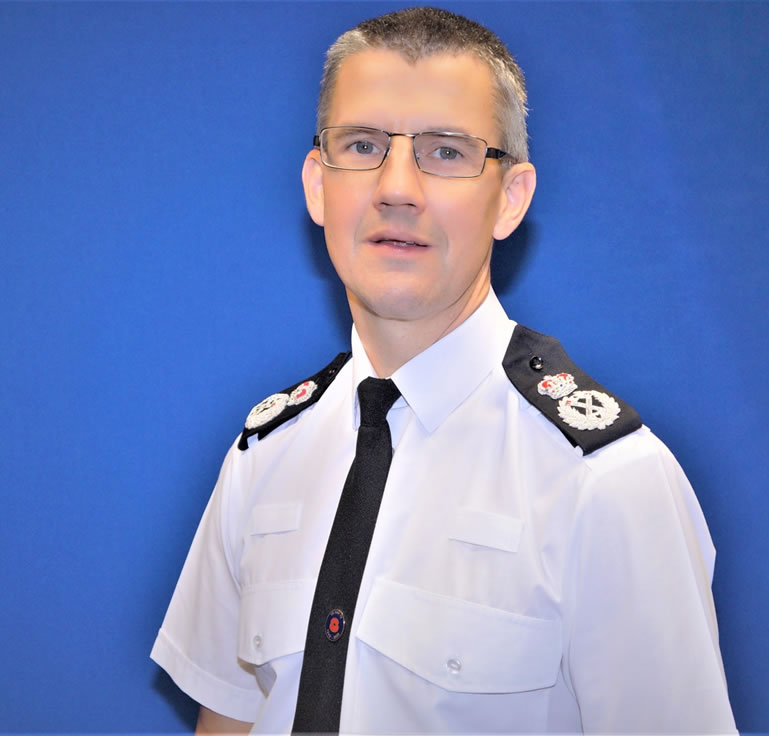 Chief Constable Carl Foulkes is to retire in October this year after nearly 30 years in policing.

Carl, who has been Chief Constable in North Wales since 2018, said: “It has been both a privilege and a genuine pleasure to have worked with officers, staff and volunteers who on a daily basis go above and beyond to make a difference to our communities.

“The past few years have been challenging for everyone, but the resilience, ability and willingness to adapt and change demonstrated by the entire workforce has never been more evident than during the pandemic and I am immensely proud of what we achieved.”

After leaving the Royal Navy Carl started his career in policing with the British Transport Police.

He said: “At that time I genuinely never thought I would ever be an inspector never mind a Chief Constable and it has been a huge honour to lead North Wales Police.

“I will be working with the Police and Crime Commissioner to support him in the appointment of a new Chief Constable, but I know whoever takes over from me will inherit great people, a good force and somewhere with a fantastic attitude and can do culture. I have always said I am simply the custodian of the force and I genuinely believe this, I hope that we have been able to make it a slightly better place for those who take over.

“I was recently asked if I would join the police if I was starting out on my career now. So much has changed, but I didn’t take a moment to respond, I would definitely do the same again. Policing is very different to that which I joined, but it is a fantastic job that allows you to make a real difference and has such incredible variety. I would encourage anyone to consider it as a career.”

Police and Crime Commissioner Andy Dunbobbin said: ““I would like to pay tribute to Carl on the news that he intends to retire as Chief Constable of North Wales Police. Since coming into post as PCC in 2021, I have seen at first hand Carl’s dedication to his role and to making North Wales a safer place for all its residents. I have also valued the advice and insight he brings on policing at all levels gained from 30 years of public service. It was in recognition of this experience and service that he was given with the Queen’s Police Medal in 2020.

“The four years since he became Chief Constable have seen many testing times for our whole country, not least during the pandemic, but Carl has faced these unprecedented challenges with commitment, dedication, and an unwaveringly positive outlook on life, and on the vital contribution that effective policing can make to society. He will leave behind a strong and focused team at North Wales Police – one that is fit for the future and for the challenges that lie ahead. I will now look to appoint a new Chief Constable over the coming months and put them forward to the Police and Crime Panel for confirmation, but at this present moment we would like to thank Carl for all his excellent work and leadership and we all wish both him and his family all the very best.”

Blueprint for a brighter future in Caerpphilly Town Centre