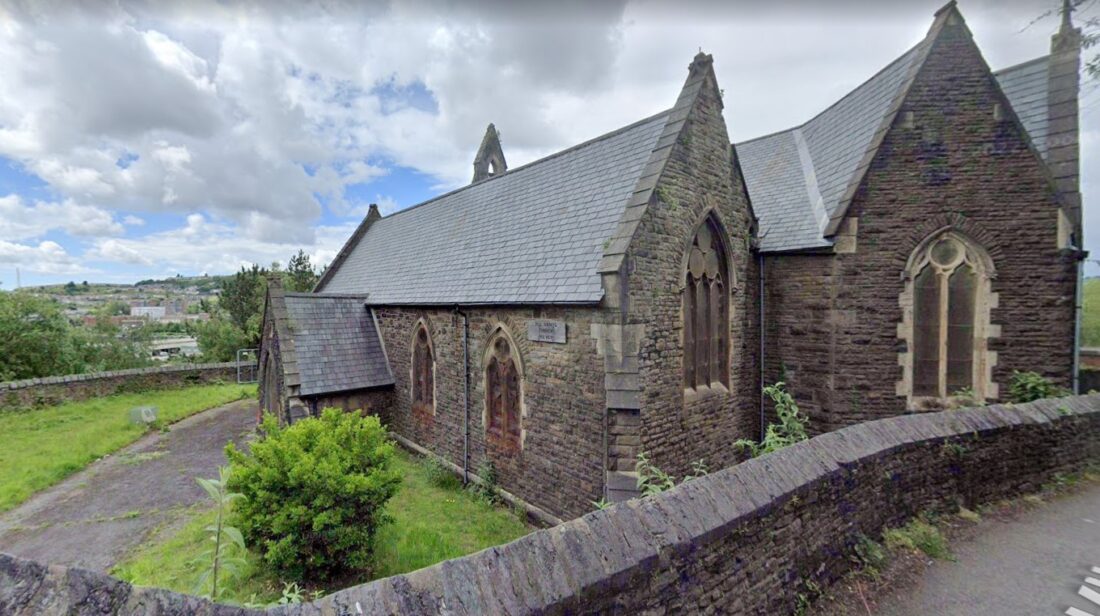 A CHURCH which overlooked the industrial Lower Swansea Valley and was built by a copper-rich family is to be turned into a five-bedroom home, with another house built in its grounds.

All Saints Church, St Thomas, was financed by the Grenfell family and built between 1842-44.

The Grenfells also constructed a school and houses for workers, and the unused church contains memorials and windows dedicated to them and another family – the Gwynnes.

A design and access statement submitted on behalf of developer Peter Williams said external alterations to the church would be minimal.

It added: “The retention and preservation of the church is considered a key benefit of this scheme which will preserve a key feature along Kilvey Road in perpetuity.”

These were on grounds including parking and unsafe access, and other matters. One neighbouring resident, though, wrote to say he wanted work to start on the scheme as soon as possible.

A highways officer said the development would not have detrimental impact on road safety or parking.

A heritage officer said there had been a request from the community to Welsh heritage body Cadw to have All Saints Church listed when it was declared redundant.

He said this was declined by Cadw on the basis that the church in use in St Thomas was already listed. The officer said, though, that All Saints Church was “clearly of local historic interest”.

Planning officers have imposed a number conditions with the approval, including that an appropriate method of historic building recording is secured before work started.

A report outlining what measures would be taken if any land instability issues were found is another requirement.

The new house in the grounds will have four bedrooms, and each property will have three parking spaces.

A previous application to convert the church into a home and build two houses in the grounds was turned down four years ago.