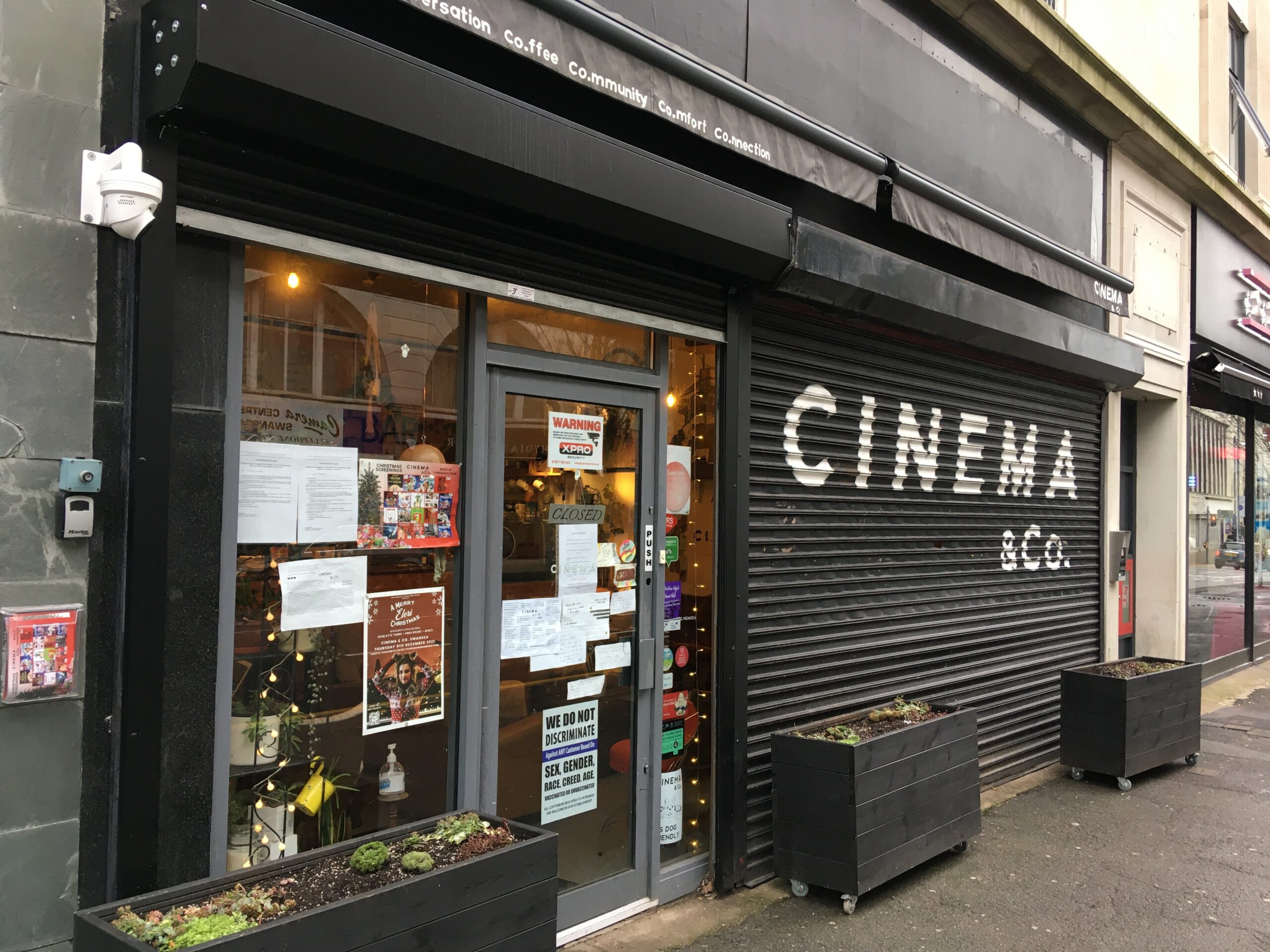 The owner of Cinema & CO in Swansea has issued a statement ahead of her court hearing.

Anna Redfern will plead not guilty to all charges in Swansea Magistrates Court today and will petition the Court for access to her property, which has been bolted and welded shut by Swansea Council.

The stance of the cinema owner sparked controversy as she  disagreed over the implementation of Covid passports.

“My family situation is known and my mother’s round the clock care is my priority right now. Every year pre pandemic , we have worked with numerous homeless charities to provide free Christmas screenings in Swansea. It will be a crying shame if we are not allowed to do so this year.

“I have also worked really hard to nurture plants at my venue, which are not getting water or light now. We have Jasmine, Aloe Vera, Devil’s Ivy, Queen of the Night, Orchids, Spider plants and a myriad of others. Months of love and care will go down the drain if we cannot get access.”

“I am keen to work with the Council. I am really surprised that I was not given full details about the Covid passport scheme.

What are Covi Passports?

Covid passports are a way of proving that a person has been vaccinated against (or in some cases recovered from or tested negative for) Covid-19. They have also been described as “vaccine passports” and “immunity certificates”, while the UK government calls them “COVID status certification”.

Covid passports were first discussed in early 2021 as vaccines were initially being rolled out as a way to allow vaccinated people to move about more freely and potentially engage more safely in activities like travelling abroad, working in settings where people are at high risk, or visiting a pub.

Some countries, such as Israel, introduced schemes quickly. But most chose not to introduce a domestic programme until they had offered vaccinations to all adults. Several countries, including in the UK, have now introduced schemes determining access to venues and events, and in some cases, public transport, workplaces and education.

How are Covid passports being used in Northern Ireland, Wales and Scotland?

The NHS Covid Pass is also available to Welsh residents, while Northern Ireland and Scotland have their own apps.[8]

In Scotland, Covid passports have been required to attend nightclubs, unseated indoor events with over 500 people, unseated outdoor events with over 4,000 people, and any event with over 10,000 people since 18 October. Evidence of natural immunity is not accepted, but since 6 December negative test results have been allowed. Although first minister Nicola Sturgeon had stated that the Scottish government was considering extending Covid passports to other venues, it has now confirmed it does not intend to do so in the near future.

Since 11 October, Covid passports – including either vaccination status or a negative Covid test within the past 48 hours – have also been required for the same venues in Wales. This was extended to cinemas, theatres and concert halls on 15 November. The Welsh government said no decision had yet been made on extending this to other venues, like restaurants or pubs.

Northern Ireland added a ‘domestic use’ option to its covid pass for travel, the COVIDCert NI app, on 1 November, giving venues the option of demanding proof of vaccination. On 17 November, it announced that the pass would be mandatory in the same venues as Wales and also pubs and restaurants from 29 November. Proof of natural immunity (shown by a positive PCR in the last 30 to 180 days) and a negative lateral flow test in the last 48 hours will be accepted.

The Cinema & Co owner has accused Swansea Council of persecuting her for standing up for her human rights.

“I’ve always worked harmoniously with the council in the past, for them to persecute me in this way just for standing up for our human rights is hypocritical and discriminatory. The matter is in the hands of my legal representatives and I will work through them.”