Concerns that Wrexham market traders could be hit in pocket during £3.4m revamp 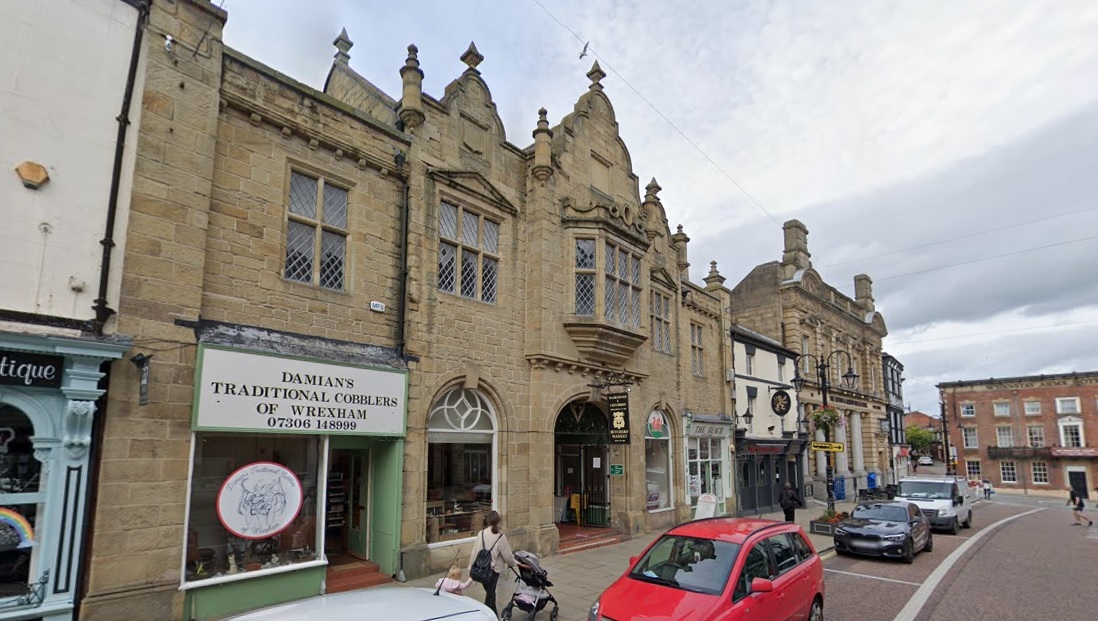 CONCERNS have been raised that traders in Wrexham could be hit in the pocket while a revamp worth nearly £3.4m of two indoor markets takes place.

Members of Wrexham Council’s executive board approved a large investment into the Butcher’s Market and General Market in the town centre at a meeting earlier this week.

It came after proposals to rejuvenate the 19th century buildings previously stalled when they were temporarily closed because of the Covid-19 pandemic.

Senior councillors backed plans to refurbish the Grade II-listed markets in a bid to address long-standing concerns over decreasing visitor numbers and the large amount of empty stalls.

However, some traders have expressed fears over a potential loss of income as they will be forced to relocate for around a year while work is carried out.

Conservative councillor Robert Ian Williams said he regularly visited the markets and had spoken to several stallholders who were concerned about the arrangements.

“I spoke to traders this morning while I had my breakfast and I haven’t spread wildfire rumours or anything, but I do know that there is a basic feeling of the unknown there.

“Many of these traders make less than the basic stipend of a councillor so I hope that will be taken into consideration.

“There are people that are working hard to make a living and I hope that won’t be lost.

“I do think there needs to be a very generous settlement linked to what their actual income is.”

The majority of the money will be spent on improving the Butcher’s Market off the town’s High Street.

Around £2.5m has been earmarked to create a new layout featuring eight main stalls, a cafe, a first floor restaurant overlooking the market, and a further 20 stalls around the perimeter.

Cllr Marc Jones, whose ward the markets fall under, said he had also spoken to traders who were frustrated over the lack of information they had received regarding the proposals.

“There’s lots of positives in this change, but it’s got to be done with the traders in mind because a market without traders is not a market.

“I’m not going to go into a lot of the details of the traders’ concerns because there are a lot of concerns that I could list.

“I do think that a lesson has been learnt here that if you don’t engage, you don’t consult and you keep people out of the loop then there will be a kickback.

“I was deeply disappointed when I heard from the traders that they didn’t feel engaged.”

The council said it was planning to put rent reductions in place after the work is completed to help traders.

Cllr Nigel Williams, lead member for economy and regeneration, said he was initially unaware of stallholders concerns’ after taking up his role following May’s local election.

However, he said discussions had been held in the build-up to Tuesday’s (July 12, 2022) meeting to reassure them they would be kept informed in future.

“In the very short time I’ve been in post as lead member for the economy, I’ve been trying to engage and build relationships with the market traders.

“To be honest, I thought things were going really well and I was taken aback during the last few days with how things have changed.

“That’s why I took it upon myself before the meeting today to go out to see them and face their fears.

“I have given commitments that over the next few weeks and months I will fully engage with them, and they are happy with that.”

Executive board members voted to approve going ahead with the proposals at the end of the debate.

Money for the improvements will be provided via the National Lottery Heritage Fund, the council’s capital programme and the Welsh Government’s Transforming Towns grant fund.

Traders will be given six months’ notice before construction starts, with work expected to be completed by the end of next year