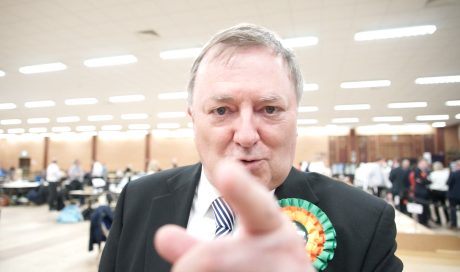 LEADERS at Carmarthenshire Council are “determined to make the full use of additional powers” to control second homes and holiday lets, a cabinet member said.

Cllr Alun Lenny said the authority was “very concerned about the damage that the unreasonable growth” in second homes was doing in the county, especially in coastal resorts like Llansteffan and rural communities like Cilycwm and Myddfai.

“In my opinion it’s completely unacceptable that people who are rich enough to afford a second home are denying young people from buying their first home in their own communities.

“We say a second home but it’s a second house, in a way, because you can’t call a house where somebody spends only a few weeks a year a home.”

He said the rise in second home ownership was a problem in Cornwall, the Lake District and the north-east of England, as well as Wales, but that in Wales language was “a unique factor”.

Cllr Lenny was speaking at a meeting of full council in response to a question by a resident, Ellen Humphrey, who asked if the authority would implement a 300% council tax premium on second homes from April next year.

She said second homes were a “significant issue” for communities and first-time buyers in rural Carmarthenshire.

In January last year, the council approved a motion which welcomed a planned rise in land transaction tax on the purchase of second homes but called on the Welsh Government to introduce further measures to control their growth. The motion said the council would charge a council tax premium of at least 200% on second homes if these measures were enacted.

Cllr Lenny said these measures were largely going to come into force in Wales, following an announcement by First Minister Mark Drakeford and Plaid Cymru leader Adam Price on July 4.

Among them are new planning use classes – primary home, a second home and short-term holiday accommodation – to be introduced by the end of the summer. Cllr Lenny said council planning departments will have the right to insist that homeowners obtain planning permission to change the class of use.

“The national planning policy will also be changed to grant local authorities the right to manage the number of second homes and holiday homes in any community – and it’s an intention to present a statutory licensing plan for every holiday home, including short holiday lets.”

He said cabinet hadn’t had a chance to discuss the new measures but would do so very soon.

“I can assure you that we are determined to make full use of  additional powers that we have received from the Welsh Government.”

Councils in Wales have had discretionary powers for a while to introduce a second home council tax premium. Swansea Council doubled it last year.

As of next year councils can charge a premium of up to 300%. The Home Owners of Wales Group has described the rise as “morally indefensible”.