Council tax in Swansea may rise less than 1% 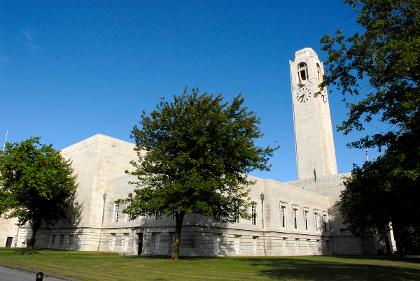 COUNCIL tax may only rise 0.95% in Swansea in April thanks to a “record-breaking” financial settlement and other one-off sums from the Welsh Government, leaders have said.

Their original forecast was a 2% council tax hike, which would have been lower than recent years, but council leader Rob Stewart announced a new 0.95% proposal at a meeting on February 17.

He said the Labour administration would have liked to reduce council tax but wanted to set a £10 per hour minimum pay rate for council employees, which would cost the authority around £1 million.

Other new budget proposals for 2022-23 include £100,000 for extra dog mess bins, £100,000 to implement the recommendations of the Mayhill riot review, and an extra £375,000 to be shared by all councillors to spend on improvements in their ward.

Not for the first time, cabinet welcomed the 9.3% rise in funding which is coming from Welsh Government to pay for key council services like schools and social care in 2022-23.

“This is a record-breaking investment by any measure,” said Cllr Stewart.

There is also likely to be a sizeable underspend by the council this financial year.

But it faces significant inflationary costs of its own, additional employer national insurance contributions, and long-standing demographic pressures such as an ageing population.

£179 million on schools;
£144.7 million on social services and
£74.8 million on waste collection, roads and the environment.

Budget papers show the authority’s total expenditure, taking into account borrowing repayments and other costs, is due to be £525.8 million.

However, further central Government funding announcements in the coming weeks may result in the figures changing before full council sets the budget in early March.

But he warned of future “convulsions” due to inflation, which he said could rise to 7-8%.

Cllr Stewart claimed the current cost of living pressures had been created by the UK Conservative Government.

He said UK ministers hadn’t levied a windfall tax on energy giants, who were reaping the rewards of rising oil and gas prices, but that they were raising the energy cap affecting householders in April.

Cllr Stewart also pointed to higher fuel pump and food prices, a 1.25% hike in national insurance tax in April – to fund the NHS and social care – rising interest rates, a freeze on income tax personal allowance, and the removal of the extra £20 per week of Universal Credit which was introduced during the Covid pandemic.

Cllr Andrew Lewis, who has the housing portfolio, said the average weekly rent in the private sector in Swansea was £130 per week and that the council “still remains hugely competitive” compared to social housing landlords in Wales.