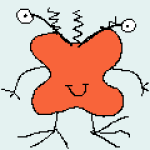 Senior Newport councillors have decided to lower the proposed increase in council tax from 3.7% to 2.4%.

This decision is part of Newport City Council’s proposed budget for 2022/23, which was backed by the Cabinet on Friday, February 18.

Leader of the Labour council, Jane Mudd, said the council wanted to “listen to residents”, following the overwhelming feedback to the public consultation.

Cllr Matthew Evans, leader of the opposition party said he was sceptical of the decision as it is so close to the council elections in May.

Conservative councillor Evans said: “Over the past four years council tax increases have been significantly higher, they clearly didn’t mind then.”

He added: “It is good news and I welcome the decision, it is completely understandable that council tax has to rise due to inflation, but inflation has been much lower with higher council tax in recent years.”

Schools and education were ranked the highest priority by respondents to the consultation – the council has allocated £8 million to schools as part of the budget.

Cllr Mudd said: “The increase, which represents a 7.3 per cent growth in schools’ budgets, will benefit every school and student.”

Other areas that will see investment are care, support and prevention services that will receive £6.5 million, £420k to prevent and address homelessness, and £200k to support climate change initiatives.

Additionally, £377k was announced to boost the city centre, including a £200k sum allocated to “cleansing” the centre of Newport.

A one-off investment of £2.5 million is allocated to parks and open spaces will be improved, in addition to £300k over the next two years for ongoing maintenance and improvements.

Cllr Mudd said: “The benefits and importance of being outdoors has only been amplified over the last few years and we want residents and families to connect further within their local communities.”

The updated budget proposal for 2022/23 will now be discussed at full council in March.