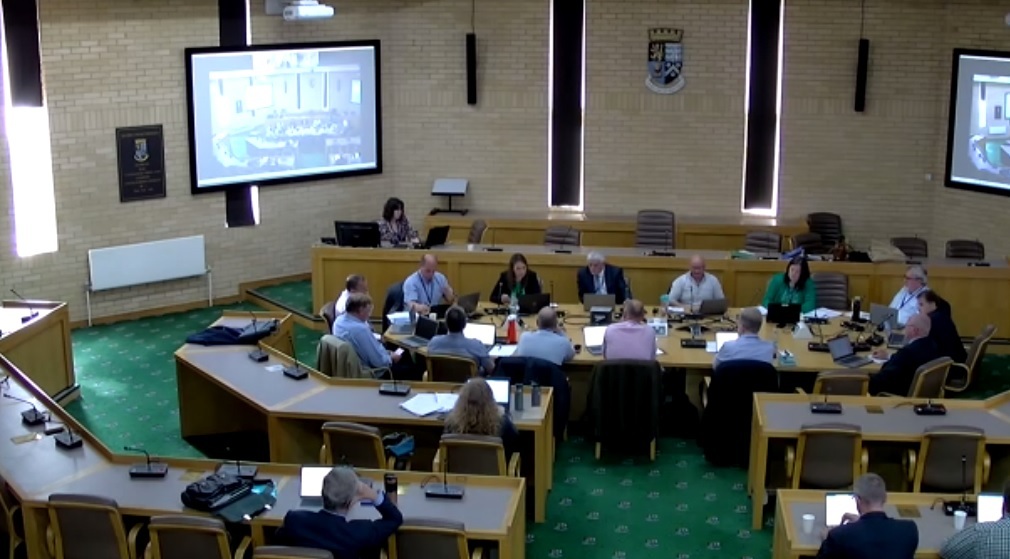 Councillors will visit the site of a biomass kiln causing a “detrimental impact on residential amenities” near Lampeter.

A planning application for the retention of a biomass log dryer kiln, two chimneys and continued use of one boiler, following a trial run granted temporary planning in 2019 was discussed on Wednesday, June 8.

Members of Ceredigion County Council’s development control committee heard from planning officer Catrin Newbold that the use of biomass kilns and chimneys at Lampeter Tree Services, Cae Celyn, Llanfair Road, had been part of her work for six years.

The building, granted permission against officer advice in 2016, is primarily used for storage of forestry and safety equipment, office use, meeting rooms and a toilet and kitchenette.

A report to committee states that retrospective planning was applied for in 2018 for a biomass log dryer kiln, two biomass boilers and two chimneys but following significant complaints it was refused.

Another application was made with mitigation measures to reduce smoke emissions included and a temporary permission was granted for a trial run which took place in November and December 2020.

This led to improvements, the committee heard, but the “main issue” of the impact on residential amenity remained, and officers “regrettably recommend refusal” adding that the applicant had cooperated fully with the department and sought a number of remedies.

The committee heard from objector Heulwen Evans who said smoke and noise from the site was a significant problem for her and her family, while applicant Emyr Williams urged support following “entirely successful” trial period.

The committee decided that it was necessary to visit the site themselves to assess the impact of the emissions with a date to be set for the near future.