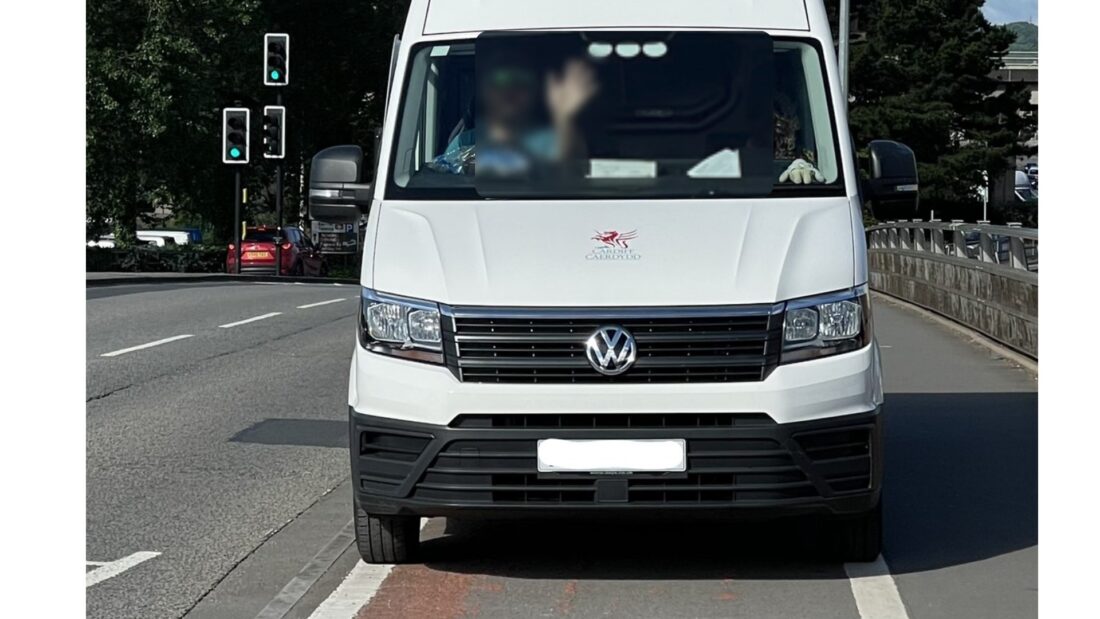 A council said it is looking into incidents of some of its own vehicles blocking cycle lanes in Cardiff.

Cardiff Council said they are looking into a number of images posted on social media that show council vehicles, including a van and a bin lorry, parked on cycle lanes in East Moors and near Cowbridge Road. An image was also Tweeted showing a vehicle parked on a cycle lane off North Road.

Cllr Rodney Berman, ward member for Penylan, Tweeted an image of a Council vehicle that he spotted, parked on a cycle lane on East Tyndall Street, on his commute to work.

“I was somewhat staggered on my cycle commute to work to discover that the vehicle which was completely blocking the cycle path in front of me was in fact a council vehicle,” said Cllr Berman.

“Whilst I understand the council van was there to do a job, there could surely have been other places it could have parked such as on the road underneath the bridge or on the road alongside this cycle lane which has two lanes for traffic and no parking restrictions.

“There is little point in the council putting in new segregated cycle lanes if it is going to block them itself.”

Another Tweet was published on May 26 with an image of a council vehicle parked on a cycle lane off Cowbridge Road. A seperate image posted on the same day showed another van, which is not owned by the council, parked on a cycle path by Cardiff Castle off North Road.

A Cardiff Council spokesperson said: “Motorised vehicles are not allowed to drive or park on the cycleways in Cardiff and regular patrols take place to stop this happening.

“The pictures showing council vehicles driving on the cycleways will be looked into and appropriate action will be taken.”