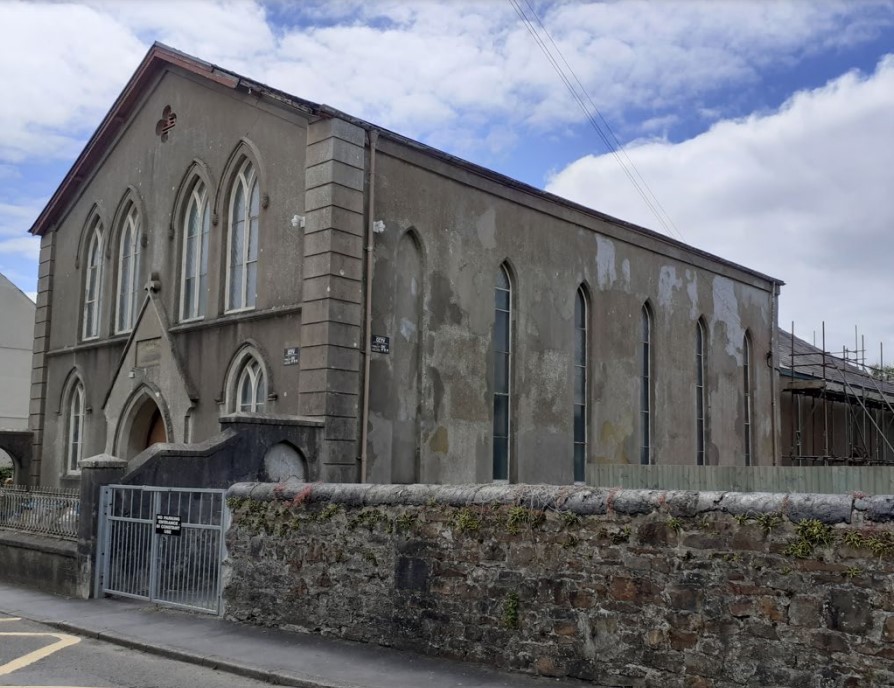 LIFE will return to a chapel in Carmarthen after county councillors approved a scheme to turn it into a family home.

Union Street Chapel dates from the mid-19th century and has been empty for years, although a section of the rear – behind the vestry – has been used as a two-bedroom residential unit.

The residential use will now extend throughout the building, following the decision by Carmarthenshire Council’s planning committee.

The chapel will become a four-bedroom home, with the upstairs also comprising a games room and sewing room.

The plans indicate the pulpit will be retained – an no external alterations to the building are proposed.

A key discussion point was parking. An unauthorised vehicle access has at some point been added at the chapel, and highway officers had safety concerns about vehicles using it – particularly as St Mary’s Roman Catholic Primary School is a few yards away on the same side of the road.

This access was initially included and then, following the highway department’s concerns, omitted by the applicant.

The previous pedestrian access is to be reinstated, along with a new one to the chapel’s graveyard.

But some residents were worried this would lead to more parking issues on narrow Union Street because the chapel occupiers would have to leave their cars on the road.

This led to former councilllor Alan Speake, who represented the ward, to call in the application to the committee.

Cllr Edward Skinner said on-street parking there was “a nightmare”, although he said he wasn’t objecting to the application.

But a planning officer said the safety concerns relating to the unauthorised vehicle access were “too great”.

A planning report said the chapel could be turned into a creche, clinic or museum without planning consent as things currently stood, but this couldn’t happen if the application was approved.

Committee chairman, Cllr Tyssul Evans, said: “In full swing there was a lot of traffic arriving there on Sundays.”

Cllr Elwyn Williams said on-street parking, as now proposed, was “a common sense judgement” – and the committee’s support when the vote was taken was unanimous.

Speaking to the Local Democracy Reporter Service, lay preacher and former planning committee chairman, Cllr Alun Lenny, said he took an ecumenical service at Union Street Chapel around 15 years ago, and that some 60 people attended. He said the chapel closed in 2017.