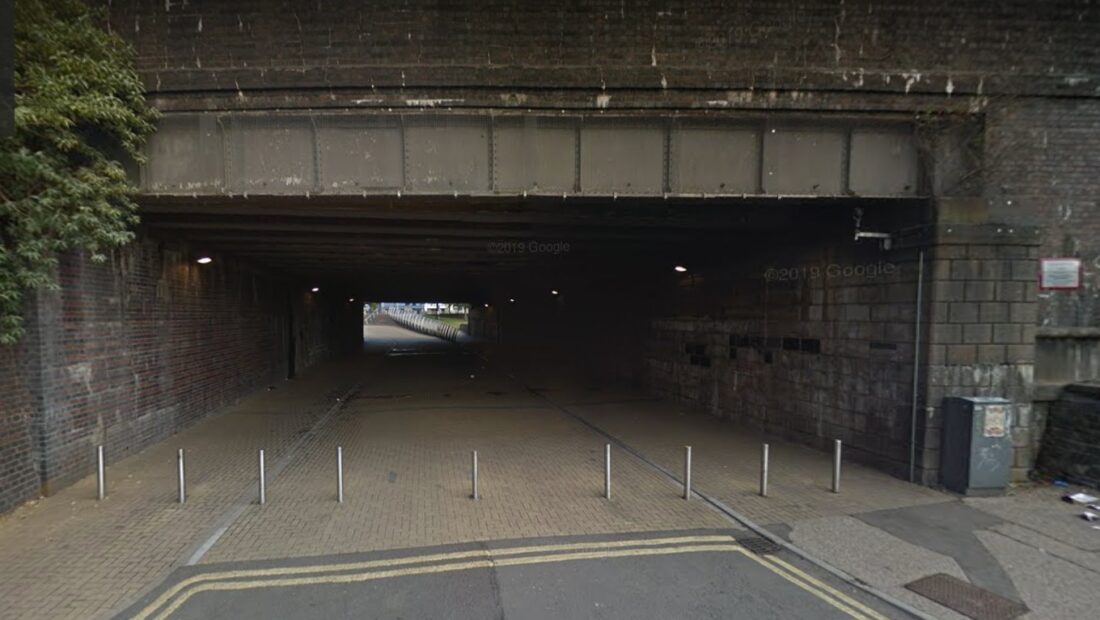 CYCLISTS in Cardiff expressed their irritation after the positive aura brought on by an improved pedestrian and cycle ramp was soured by dozens of cars using the adjoining underpass to park in.

Work was recently carried out to improve and widen a pedestrian and cycle path along Taffs Mead Embankment in Cardiff – work that has been praised by cyclists and pedestrians alike.

A ramp, which is part of the path, leading down to the railway underpass was previously too narrow, according to one Riverside resident , Gwilym Owen, who called the improvement work “fantastic”.

Gwilym said: “It was just a case that it created a bottleneck. I am aware that if you are a pedestrian walking up the ramp or down the ramp that some cyclists could whizz past you and it would just feel a bit uncomfortably close.”

Although the improved ramp is “much better than it used to be”, the normally empty underpass that it meets has been occupied by parked cars. This is because bollards that used to prevent cars from entering the underpass were removed.

“I have seen that there are about a dozen cars parking there,” said Gwilym.

“And the fact that to all intents and purposes it seems like there is open access there, I don’t think parking officials necessarily can do anything about it.

“If members of the public just see that there is this space and there are cars parked there, what happens after a period of time is that chancers will come along and go ‘I’ll park here’. It is right next to Central Square.

“If you have got the choice of at least £10 a day parking or a free cheeky park in this underpass, some people are going to go for the latter.”

A social media post by Riverside (Cardiff) Living Streets Group from Monday, June 20, shows a number of cars parked along the underpass, adding that since the ramp has been finished, “people have to dodge a dozen parked cars”.

Gwilym added: “From my personal point of view it is really irritating because you have got this thing, which is arguably really good and the whole point of it is to avoid conflict or any unintentional collisions by spacing people out, and then suddenly you have this hazard of a line of cars at the bottom of it.

“If you read through the replies, there is at least one person – several people I think – who said they have cycled down the bottom and then they have encountered a taxi or whatever coming the other way towards them as if it is a piece of road.”

The LDRS understands a contractor removed the bollards to carry out work on the lighting in the underpass.

A Cardiff Council spokesperson said: “This was highlighted to us yesterday and I believe this will be resolved by getting a bollard reinstated in the area, which will stop vehicles access.”

When asked for more information on when the bollards will be reinstated on Wednesday, June 22, the spokesperson added temporary barriers would be in place “by the end of today” before the original bollards are put back.