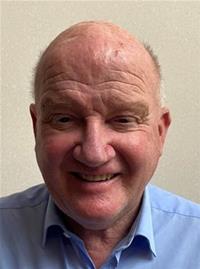 POlITICAL leaders in Ceredigion have expressed their deepest sympathies over the sudden death of Councillor Hag Harris.

Hag Harris provided long-standing service to the people of Lampeter,  Ceredigion and it’s residents, being first elected in 1995 and previously a
Member of Dyfed County Council since 1981. He was a Cabinet Member from 2012 until 2017.

“This sad news of our friend and colleague, Councillor Hag Harris, has
come as a big shock to us all. He was elected to the Lampeter Ward,
Ceredigion County Council in 1995, having previously been a Member of
Dyfed County Council since 1981. He was Chairman of Ceredigion County
Council during 2018-2019 and was a clear and firm voice to residents and
to the town that was so close to his heart. Hag was always helpful and
ready to offer words of support or wisdom across the floor of the
Chamber; we will miss his likeable character. We extend our deepest
sympathy to his bereaved family and partner.”

“This news has come as a huge shock to us all and it’s hard to believe. The
work done by Hag and his commitment to the county over the years has
been invaluable and I looked forward to working with him. We extend our condolences to the family and those close to him.”

The Council’s flags are flying at half-mast in memory of a much
respected son and loyal servant of the county.

The Council would like to ask everyone to respect the family’s privacy
at this time of mourning.