Detailed report on use of electric taxis requested by Gwent councillors 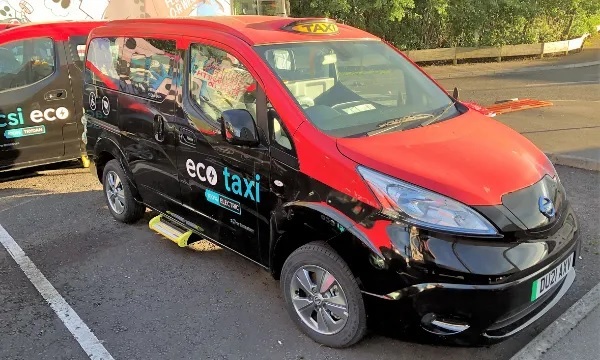 A DETAILED report on the take up and use of electric vehicles as taxis in Blaenau Gwent has been requested by councillors.

At a meeting of Blaenau Gwent County Borough Council’s General Licensing committee on Monday, June 20 councillors asked whether the Electric Taxi Scheme, which has been running in the county this year, had been popular with taxi drivers.

Senior licensing officer Helen Jones said: “There was a lot of response at the beginning with people wanting to use the cars, we did have someone at Christmas wanting to use it temporarily as their car was off the road.”

She told councillors that there had been some issues, including a client slipping on the taxi step and also with charging points not working.

Ms Jones explained that at the outset only the charging point at Ebbw Vale taxi rank worked, but by now the ones at Brynmawr and Tredegar ranks are “fully operational.”

But there is still a connection issue with the Abertillery charging point.

Ms Jones said: “As it’s a 30-day trial they (taxi drivers) have to wait until we have one available and we only have two.”

Ms Jones added that formal feedback on the scheme was expected to be received six months after it started.

Committee chairwoman Cllr Lisa Winnett asked for an in-depth report to be produced in time for their next meeting.

Cllr Winnett said: “These electric vehicles are loaned to the taxi fraternity to see how they get on and how suitable they are, it will be an interesting to have a discussion.”

As part of the Cardiff City Region Deal and Welsh Government Green Taxi – try before you buy initiative, Blaenau Gwent taxi drivers have been given the chance of hiring a fully electric wheelchair accessible taxi, free of charge for 30 days,

In total 44 of these electric vehicle taxis were available for hire in the Cardiff City Region Deal area with two available for taxi drivers in Blaenau Gwent.

The electric taxis are purpose-built Nissan Dynamos and cost around £45,000 brand new.

The trial will continue until the end of November 2023 with the total funding from the Welsh Government for the scheme in the Cardiff Capital Region Deal area being £3.4 million.