He had been due to run his 23rd Dublin marathon (his first was in 1998!) but this was cancelled due to the pandemic. Not to be outdone, Dr Green planned a ‘virtual Dublin Marathon’, running along the north Wales coast to Kinmel Bay and back. He is seen here in front of Llandudno Lifeboat Station’s Shannon class lifeboat ‘William F Yates’.

JJ was also entered to run the London Marathon earlier this year, but due to the postponement he accepted another challenge to help raise much needed funds for national charities such as the RNLI. JJ explaiins: ‘I did the Virtual London Marathon over the same course on 4 October, three weeks before running the virtual Dublin.’

Overall JJ’s massive efforts have helped to raise over £1,200 this year. 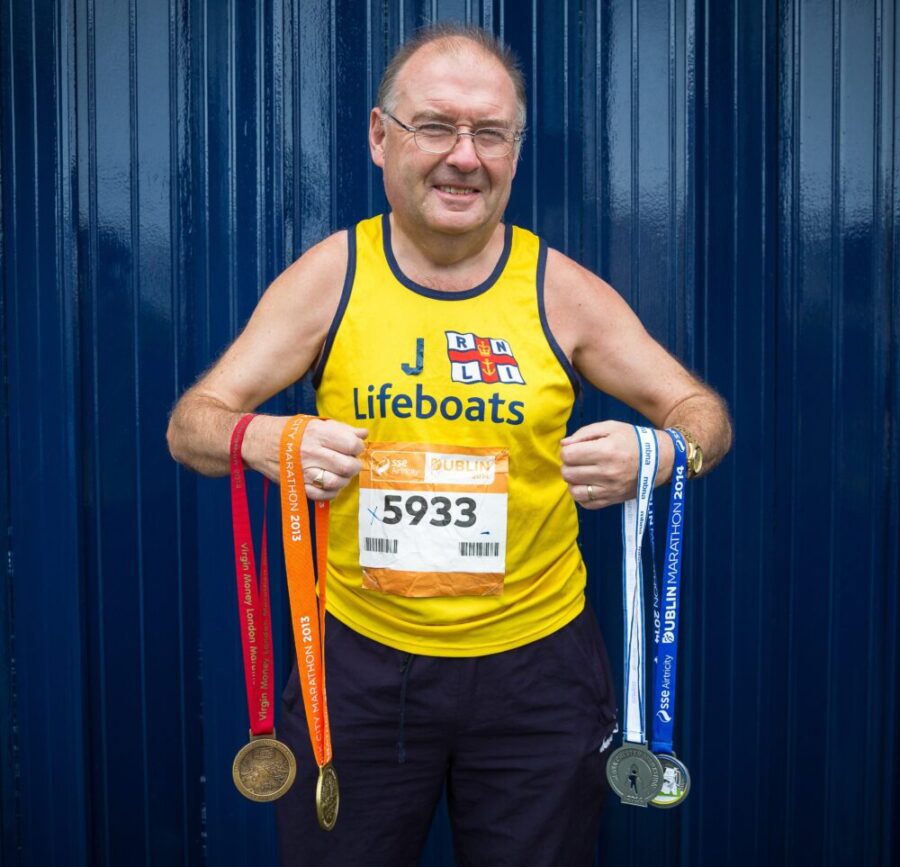