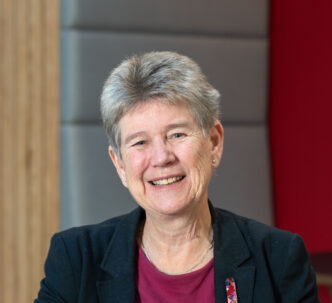 THE Welsh Government is launching  a fuel voucher scheme aimed at providing crisis help to those households that have to pay in advance for their energy and are unable to do so.

Households on prepayment meters have been particularly affected. Those reliant on pre-payment meters pay a more expensive tariff compared to standard credit meters. In some cases, standing charges which doubled in April continue to accrue when householders self-disconnect because they are living in fear of the cost of energy.

Households struggling with the cost of energy are not limited to electricity and mains gas domestic energy bills. In Wales, approximately one in ten households are reliant on heating oil, or liquid gas for their domestic space and water heating. In rural areas, this increases to 28% of households. These households also have to pre-pay for their fuel. Many have reported the cost of heating oil has more than doubled over the past two months and there are reports of suppliers refusing to provide quotes for oil deliveries, setting the price on the day of delivery.

The Fuel Voucher Scheme provides top up vouchers for customers on prepayment meters and will see the launch of a new crisis service for households which are off the gas grid, and are unable to afford to buy gas bottles or fill their oil tank, log store or coal bunker.

In order to be eligible, households will be referred for support by one of a network of referral partners. They must be experiencing intense financial crisis and at immediate risk of self-disconnection, or indeed have already self-disconnected, or making choices which may cause significant detriment to ensure that energy is funded.

The scheme will be managed by the Fuel Bank Foundation, a national charity which has delivered support in Wales since 2015. Their service to date has focussed on eight Fuel Bank centres which are funded through a mix of local donations and central Fuel Bank Foundation fundraising.

The Welsh Government is awarding grant funding to the Fuel Bank Foundation totalling £3.952m to help it expand its operation in Wales so that it can become a national scheme. The funding will provide surety to the existing Fuel Bank centres that their services can continue. It will also support the setting up of a fuel bank in each local authority area in Wales.

This will be achieved by enhancing the existing network by approximately 40-50 new partners which will significantly expand the footprint of the current scheme. This partner network will enable the Foundation to distribute approximately 49,000 vouchers (either £30 in summer months or £49 in winter) into prepayment households across Wales at risk of disconnection, providing support to approximately 117,000 individuals (depending on the size of households). There will be a maximum of three vouchers per household in a six month period but referral partners have some discretion.

The funding will also provide Fuel Bank Heat Fund support to help 2000 households living off the gas grid, which are reliant on unregulated heating oil and liquid gas for their domestic space and water heating. This will benefit some 4,800 individuals depending on the number of people living in the household.

It will also fund expansion of the partner network to support a wrap-around energy and savings advice to avoid dependency and repeat requests for help including onward referral as appropriate. Officials will ensure that FBF work alongside the Single Advice Fund providers.

While arrangements are put in place to enable the new centres to become operational – we expect these will be open from this autumn – people who are struggling as a result of the cost of living crisis can speak to Advice Link Cymru to ensure they are receiving all the financial support they are entitled to. Our Discretionary Assistance Fund is also available for those experiencing extreme financial pressures.”