A DOCTOR who relocated to rural Carmarthenshire after spells in Cardiff and Australia hopes to stay there until the end of his career.

Family GP Chris Horn trained and worked in the Welsh capital before moving more than 9,000 miles to Perth, where he combined general practice with some teaching.

He and his wife then decided to return to the UK, with Dr Horn enrolling in a two-year Academic Fellows scheme at Swansea University.

The Welsh Government-funded initiative enabled him to combine teaching and research with clinical work at two practices in the Hywel Dda University Health Board region – an area which struggles to recruit enough GPs.

Dr Horn, 40, completed the scheme in 2019 and took up a partnership offer at one the practices – Meddygfa Tywi, Nantgaredig, in the Towy Valley.

“A friend of mine dropped me a line about the scheme when I was in Perth,” he said. “I enjoyed the teaching aspect out there – I was a GP trainer. It’s a lovely place, with a nice work-life balance.

“But we were thinking of coming back as a family. Our friends and family were here, and you just realise what you’re going to miss in the future.”

Dr Horn continued the teaching side of things at Swansea University and carried out research into the well-being and resilience of students and doctors. 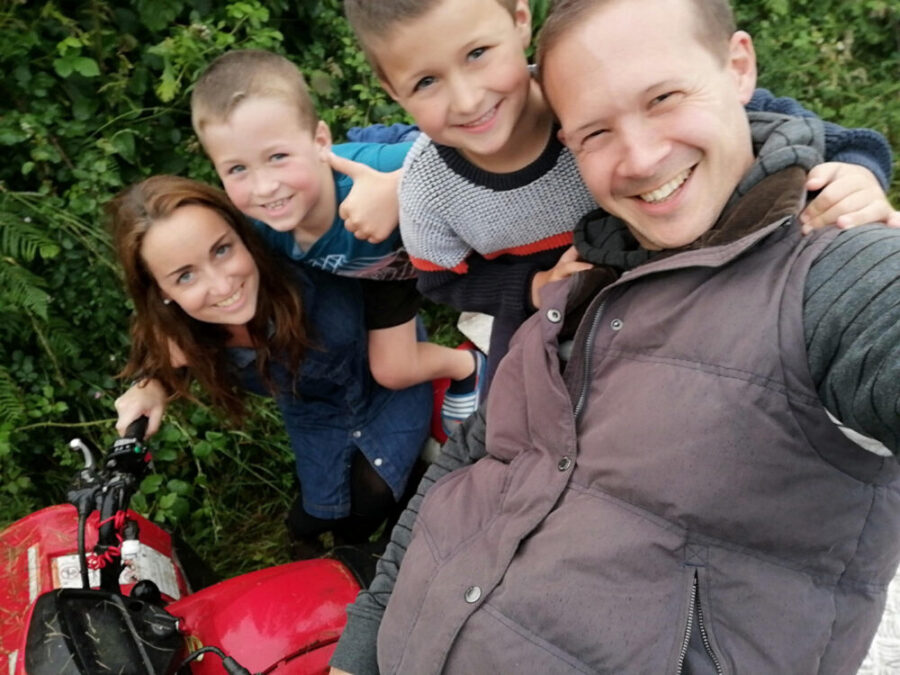 He is now one of four GPs at Meddygfa Tywi, on Station Road, and lives three miles away.

“I like the staff and the other GPs, and it’s a beautiful part of the world,” said Dr Horn, who has sons aged 8 and 6.

“It’s great for my family and the kids to grow up in.”

Dr Horn, who is originally from Worcester, said familiarity with patients was one of the best bits about being a family doctor.

He said the workload could be stressful, similar to other health service roles.

Health Minister Vaughan Gething said: “The Welsh Government is committed to ensuring we bring more GPs to traditionally hard to recruit areas of Wales, particularly in rural west Wales. For two years running we have over-filled our target number of GP training places.”

Meddygfa Tywi practice manager Kim Davies said she hoped other practices would benefit from the scheme.

“Having Chris join us as a partner has been a major boost to the long term sustainability of this practice,” she said.

Dr Horn said city life and the “cut and thrust” may appeal more to medics in their 20s, but he said he hadn’t met anyone in his west Wales patch who regretted working there.

“It depends on what part of life you’re at,” he said. “It’s also an awareness thing.