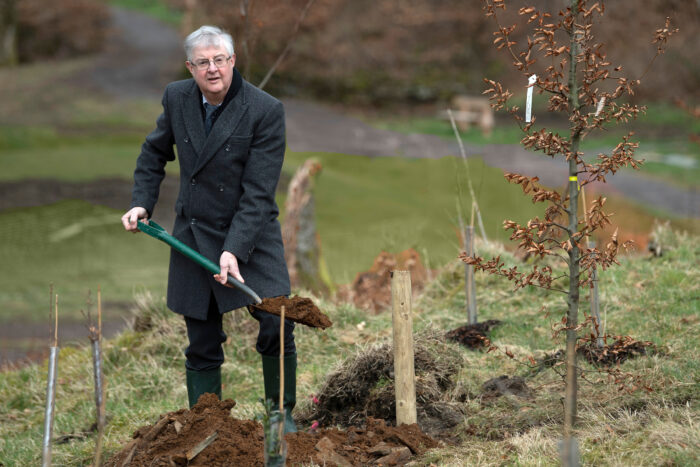 ACTION on climate change is the Welsh Government’s clear focus as First Minister Mark Drakeford announces the new Bills to be introduced in Wales in the coming year.

The First Minister was addressing the Senedd as the government completes its first year, which saw the introduction of four Bills, including the unique Social Partnership & Public Procurement Bill, which will ensure the fair rights of workers and lead to more socially responsible public procurement.

All five of the Bills to be introduced in the second year of the government’s legislative programme will help address climate change and support the environment.

A Bill on Single Use Plastics which will ban or restrict the sale of commonly littered items, such as plastic straws and cutlery.
A Clean Air Bill to introduce ambitious targets and regulations to reduce emissions and improve air quality.
An Agriculture Bill to reform support for Welsh agriculture, focusing on sustainable food production and rewarding farmers who take action to protect the environment.
A Bill on Infrastructure Consenting to simplify the process for agreeing major infrastructure projects, providing more certainty for communities and developers.
A Bill on Coal Tip Safety to improve the management of disused coal tips, protecting communities living in the shadow of these tips, as the risk of weather-related damage to them increases.
The First Minister said: “I am proud to introduce this ambitious legislative programme with a clear focus on Wales’ stronger, fairer and greener future.

“The climate emergency is very much with us. We will introduce five important Bills, which will help to protect our environment, improve the quality of the air we breathe and stop so much plastic polluting our beautiful land and seascape.”

The First Minister will also look to the future and signalled the government’s intention to introduce a number of important reform Bills, which will be introduced from the third year of the legislative programme.

A Senedd Reform Bill will be introduced early in the third year, taking forward the recommendations of the Special Purpose Committee on Senedd Reform, to create a modern Senedd, with greater capacity to scrutinise the Welsh Government, legislation and represent people throughout Wales.

A Bus Bill will be brought forward to enable all levels of government in Wales to work together to design bus networks that properly serve communities and help people move away from using their cars for every journey.

The government will also introduce a Bill on Local Government Finance in late 2023 to reform the way people in Wales pay council tax.

First Minister added: “We have a packed legislative agenda ahead of us as we lay the building blocks towards the Wales we want to see.

“To deliver it we will continue to work across the Chamber to make sure our legislation is the best it can be and improves the lives of all the people of Wales.”