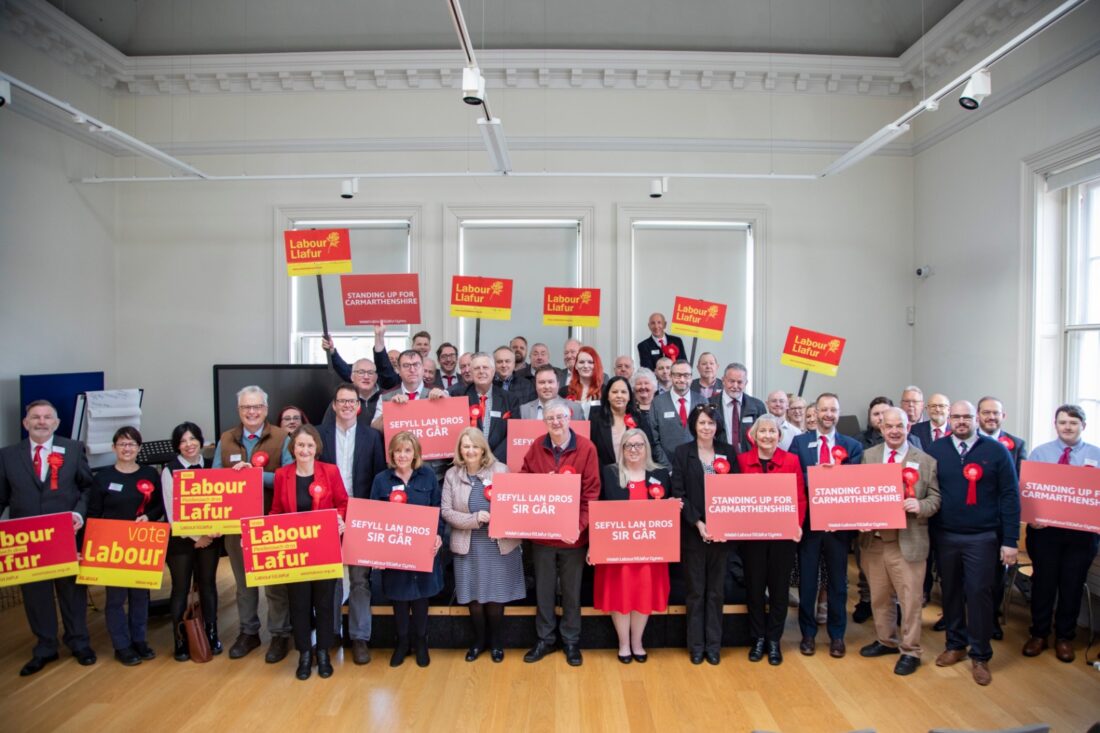 Carmarthenshire Labour have launched their local government campaign with First Minister, Mark Drakeford, under the slogan ‘Standing Up For Carmarthenshire’.

The campaign events held in Llanelli and ultra marginal Glanamman were supported by the First Minister, former Welsh Government Deputy Minister, Gwenda Thomas, Lee Waters MS and Nia Griffith MP.
The First Minister spoke passionately about the need for strong locals councils to support the Government’s action in dealing with the pandemic and our recovery, assisting refugees fleeing horrendous violence in Russia and hundreds of thousands in Wales who have been plunged in poverty, due the Conservative Government’s failure to tackle the cost of living crisis.

Former Deputy Minister, Gwenda Thomas, highlighted the excellent community activism from Labour candidates in the Amman Valley during the pandemic and spoke of the importance in local councils standing up for those in need of care and support in our communities.

Speaking at the launch, Carmarthenshire Labour Leader, Cllr Rob James stated “It is an honour to lead such a strong group of passionate community activists seeking to improve their communities in this election.

“As the First Minister stated local councils are essential in supporting Welsh Government policy and delivering key services to our communities. We have shown during the pandemic that Welsh Labour are a safe pair of hands protecting us during difficult times and as we move forward, we need to elect Councillors with a vision that will move Carmarthenshire forward.

“Unfortunately, over the last seven years we have seen that Plaid Cymru and Independent Councillors are failing our communities, with Carmarthenshire becoming the capital of Wales for fly-tipping, the worst local planning authority in Wales, dilapidated schools, under investment in children’s parks and sports facilities, gigantic backlog of housing repairs outstanding and a broken public transport network.