Food, staycations and travel to vaccination centres ‘out of reach’ of poorest families in Carmarthenshire says Cllr Madge 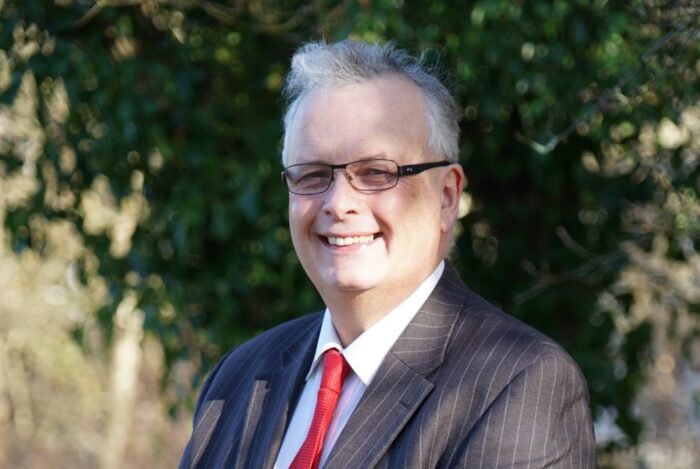 THE Carmarthenshire Labour shadow spokesman for Health and Social Care, Kevin Madge has expressed his concerns that the poorest people in his ward are having difficulties getting to and from vaccination centres through economic hardships and a poor public transport service. Cllr  Madge said that he praises the work of Hywel Da staff but said that the Health Board and the Local Authority failed to grasp the difficulties the poorest people in Carmarthenshire face.

He said: “It is 28 miles one way from here in Garnant to the showground in Carmarthen. Bus services are non existent. It would take people all day to get there and back. I appreciate that a mobile van is now being used but why has it taken this long for that to happen?”

Cllr Madge said he was concerned that the problem would persist in the autumn especially if people are going to need a flu jab and a booster Covid jab.

The outspoken councillor also expressed his concerns that children would be going hungry during the holidays. He said: “It is all well and good talking about staycations but for a lot of families they can’t even afford to put food on the table let alone go on holiday.”

Asked if the council should offer free access to local tourist areas and whether subsidised free transport to the beach for the poorest families was a good idea he said: “I don’t see why that can’t be done. We give a lot of money to other things. It is tough on families and it is going to get tougher especially if they take away the additional £20 payment in the autumn. I believe we will see a massive increase in the use of foodbanks.

Cllr Madge said that he had always championed helping the poor especially children and said that a lot more needs to be done in Carmarthenshire for families in poverty. He said: “I know for fact that there are children on estates in my ward who are not getting the same level of food they would have when they were at school. I can’t remember it being as tough as this for a long time.”

When asked whether the council were meeting and discussing issues like child poverty and difficulties for families to access day’s out Cllr Madge said: “ There is not enough discussion taking place within the authority. I hope that can change come the next elections in May. If Labour get in I will be calling for a major review. We cannot use the excuse of Covid-19 for poor services.”

In Swansea from July 30th for one month people will be able to travel by bus around Swansea for free from Friday to Monday. The initiative is being funded by Swansea Council in a bid to support families and the local economy.

The free bus service also takes in the Gower.

There is also a scheme in North Wales, 1Bws ticket. From Saturday 17th July, one ticket will be valid on every bus* in North Wales. Once passengers have bought their 1bws ticket from the bus driver on their first journey of the day, the ticket will then be valid for travel on every other bus they use that day across North Wales.

An adult ticket will cost £5.70, a child (or young person with a My Travel Pass) will pay £3.70 and holders of English and Scottish concessionary bus passes will also pay £3.70. A Family ticket is available for just £12.00.

Using a 1bws couldn’t be easier. One ticket, for all day, valid on every bus in North Wales—Conwy, Denbighshire, Flintshire, Gwynedd, Isle of Anglesey, Wrexham—and on buses from North Wales to Chester, Whitchurch and Machynlleth.

There are buses covering most of the region. It is possible to explore the North Wales Coast, Snowdonia, the Clwydian Range, the Dee Valley from the comfort of a bus in the knowledge that someone else is doing the driving and you are doing your bit for the environment.

Timetable information for all buses in North Wales is available online at bus times.org or traveline.cymru; or by phone on 0800 464 00 00.

Theoretically it is possible to do this in Carmarthenshire, bus hopping around most of the coastline and some of the inland attractions. As Cllr Madge pointed out, it is beyond the means of those who quite possibly need it most. The Welsh Government have launched a number of campaigns and are keen to see more people using public transport. it remains to be seen if those campaigns work for those with little to spare in their pockets.

There is a bwcabus (pay for) service, which serves the rural population of Carmarthenshire, Ceredigion and Pembrokeshire. Bwcabus fixed routes were reintroduced in Carmarthenshire & Ceredigion on Monday 28th June 2021.

Bwcabus fixed routes in Pembrokeshire will remain suspended and reviewed in the coming weeks.