Former Aberaeron hospital to be demolished 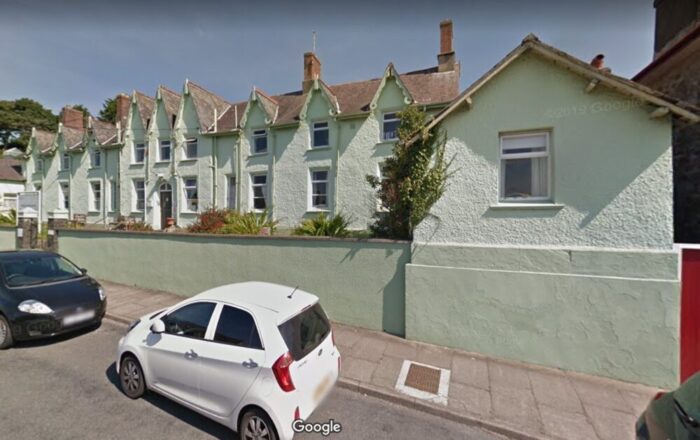 ABERAERON’s former union workhouse and hospital will be demolished to make way for 20 social housing flats as planning permission is narrowly approved.

Ceredigion County Council’s development control committee was split as it discussed Wales and West Housing’s plan for the site on Prince’s Avenue at its meeting on Wednesday (March 10).

The application is to demolition the hospital building, which closed in 2019 with services moved to the Aberaeron Integrated Care Centre, and replace it with two, three-storey buildings with 20 one-bedroom flats and car parking to the rear.

It was narrowly approved with the casting vote from vice-chairman Cllr Bryan Davies – with nine votes against and nine votes for, with one abstention – leading to its approval.

Committee chairman Cllr Lynford Thomas left the meeting for this item having declared an interest, with vice chairman Cllr Davies taking over, as his daughter is involved with the development.

The building is in the town’s conservation area, with a separate application relating to this also approved, but the building itself is not listed although its historical importance is linked to its design by George Wilkinson in 1839.

A planning report adds that it was built as a workhouse for Aberaeron Union, the foist union in Cardiganshire to open a workhouse, before it was converted into a hospital in 1914.

Little of the original use retained and the building has been extended over the years, with asbestos in places.

Local member Cllr Elizabeth Evans called for the historic building to be retained and argued that the town needed two-bedroom houses not more one-bedroom flats of which there was a “plethora.”

“The application has focused on their need for one-bedroom flats not the community needs. This development amounts to bad planning and it’s without defence, and it’s within our own LDP,” she said, adding it would be “nothing more than a hostel.”

Nine objections to the plan had been received by the council with concerns including the size of the development which would “dwarf other buildings”, the need for one-bedroom accommodation, over development, and design, with it called a “Georgian pastiche.”

The committee heard that the site had been bought with a Welsh Government grant to provide one-bedroom accommodation, following discussion with the county council about housing need.

Current figures show that there are 48 people in qualifying need for one-bedroom properties in Aberaeron and three for two-bedroom.

Cllr Rowland Rees-Evans said the community had been “side-lined” with the intention always to build one-bed flats despite what residents felt was required.

Other councillors supported the plan but called for conditions to include a ‘local lettings’ clause.