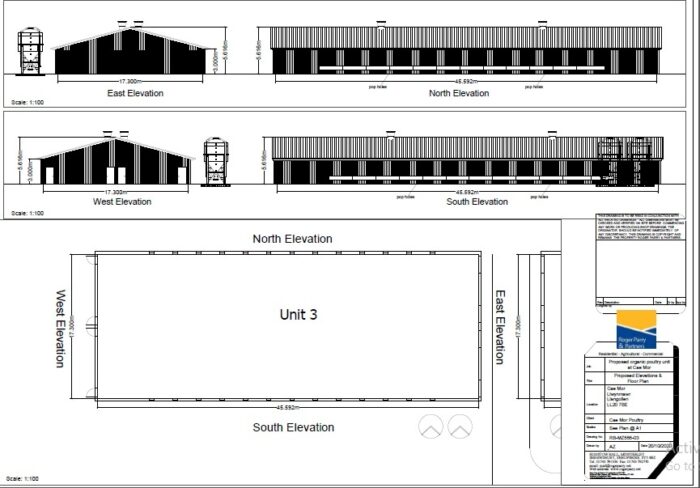 A FREE range egg farm in Wrexham is seeking permission for a new 24,000-bird laying facility to boost its production capacity.

The owners of Cae Mor Farm in Pontfadog were previously granted permission for a unit housing 16,000 hens on appeal in 2017.

They now want to grow their business by introducing four new buildings, which will house 6,000 chickens each.

In an application submitted to Wrexham Council, planning consultants acting on behalf of Julian and Emma Morris said the units would be designed to high standards to ensure the welfare of the birds.

Representatives from Shropshire-based Roger Parry and Partners also said steps would be taken to ensure noise and odour levels are kept under control.

In a planning statement, they said: “The proposal is for a new organic free range poultry unit.

“The new buildings will be located centrally on the farmstead on land currently used for grass production.

“The production of Welsh free range eggs is an important element of the agricultural economy.

“The farm business is run by Emma and Julian Morris. Farm businesses need to change and grow in response to market forces and legislation if they are to survive.”

The farm is mainly used for egg production and sheep grazing, with land which extends to approximately 60 acres.

The owners live at the farm with their young family and also have another holding in Shropshire, which is home to their food, tourism and Christmas tree business.

The consultants said the proposed development would represent a low intensity method of farming and supplement the farm’s “marginal” profit levels.

The proposals will be considered by the local authority at a later date.