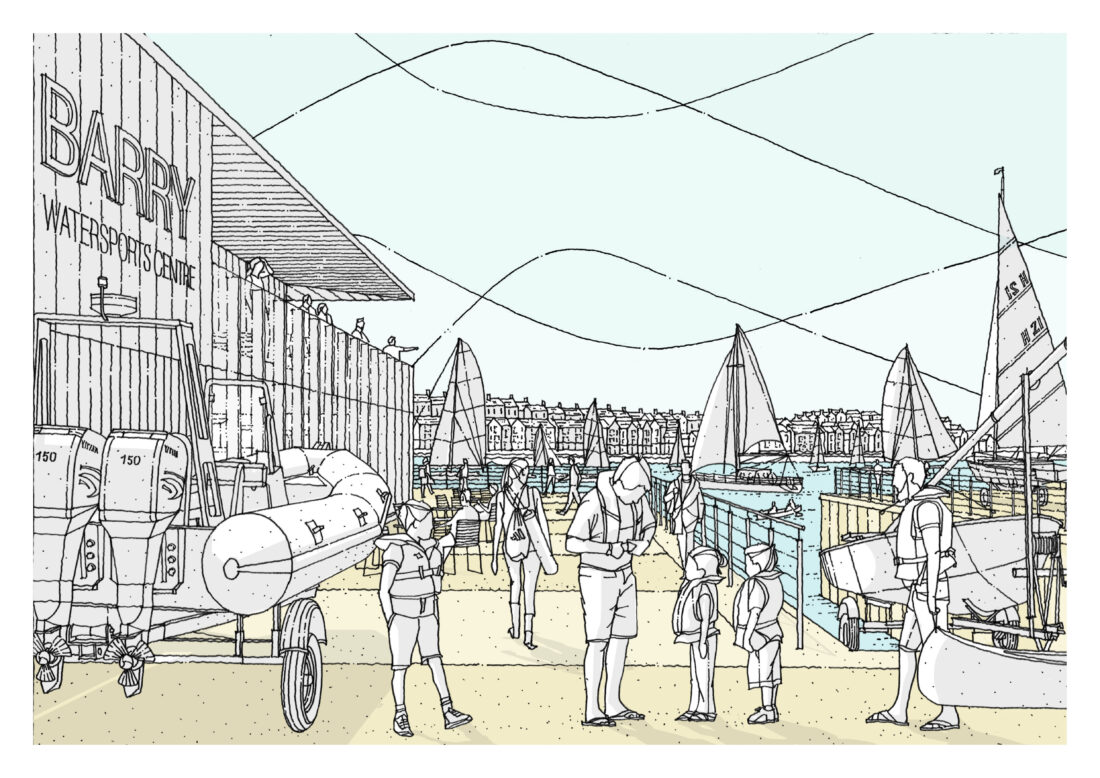 A NEW marina and watersports facility in Barry will form the centre of a council’s bid for millions of pounds in government funding, it has been revealed.

Vale of Glamorgan Council’s Cabinet yesterday announced that the council will bid for £20 million of funding from the UK Government Levelling Up Fund to transform Barry Docks Waterfront.

Two key projects form the basis of the bid, including a new marina at the site known as The Mole and a new purpose built watersports facility at Barry Waterfront.

Leader of the Vale of Glamorgan Council, Cllr Lis Burnett said: “This is the most ambitious plan for investment in Barry that has ever been produced.

“The proposals would transform the old docks area and take Barry Waterfront to another level.

“Most importantly the bid is not just ambitious, it is coherent, deliverable and chimes with our aim to ensure that communities have the facilities and infrastructure they need.

“The schemes within it have been developed to complement each other in attracting very different types of investment into the town.

“This will allow Barry to grow while also broadening what it offers to residents, visitors and investors alike.”

The proposal for a new marina has been described as the “centrepiece” of waterfront development plans by the Vale Council.

The new marina would include what the council has called a “coworking innovation space”, where meetings and events can be delivered alongside digital skills training.

As well as providing a new home for the Ocean Watersports Trust, the new watersports facility would be used by local clubs and organisations, schools, youth groups, and the general public.

It would also include meeting rooms, community spaces, classrooms, and equipment storage space.

The council is now seeking comments from residents and other interested parties ahead of finalising its bid for submission.

Council representatives will be at Barry Library between Monday 27 June and Weds 29 June from 10.00am – 5:00pm to discuss the bid.

You can find out more on the council’s website at www.valeofglamorgan.gov.uk/levellingupbid.