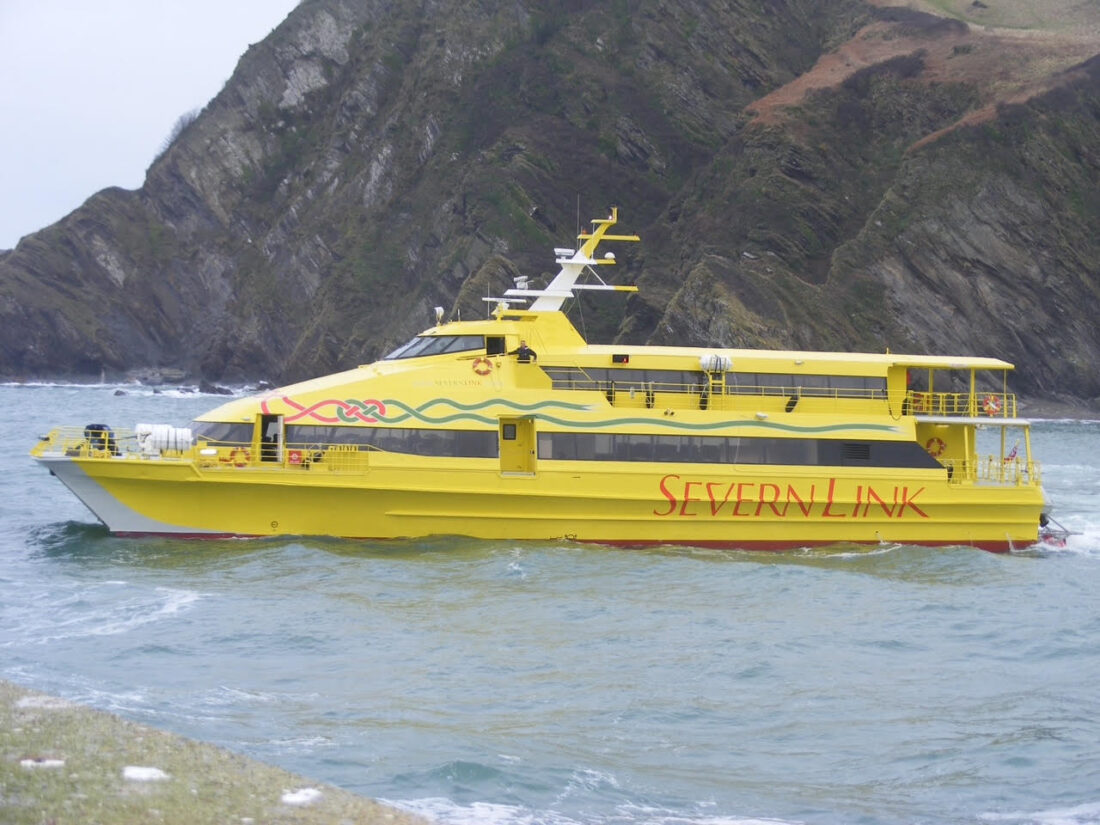 A GLOBE-TROTTING maritime expert who came to close to starting a new high-speed ferry service between Swansea and North Devon said he backed a fresh examination of the proposal.

Chris Marrow, who has been knighted by an African tribal queen, was responding to moves by politicians for a passenger service linking the South West of England and South Wales.

North Devon’s Conservative MP Selaine Saxby has been working on the idea, while Swansea Labour leader Rob Stewart said preliminary discussions have been held between councils on a potential hydrogen-powered service. A meeting was due to take place about it with Simon Hart, the Secretary of State for Wales, on April 26.

It revives an idea developed by Mr Marrow more than a decade ago which, he said, was scuppered by the global financial crash.

His company, Severn Link, had bought two catamarans with the intention of launching a Swansea to Ilfracombe service in 2010, with consideration of a Cardiff to Minehead link as well.

Mr Marrow told the Local Democracy Reporting Service that Severn Link was in line for two elements of public sector funding towards the venture but that the financial downturn, which struck in 2008, led to one of them being withdrawn.

“That was not an insurmountable problem, but it meant our principal shareholder get cold feet and pulled out,” he said.

“We had bought two vessels, but had to sell them. They ended up in the Black Sea, and I lost all my savings.”

The vessels were capable of 34 knots and able to take 360 passengers.

“I am fully supportive. I have spoken to Ms Saxby’s assistant, and have a lot of market research which does have a relevance.”

It’s still very early days, but the possibility of a service powered by renewably-produced hydrogen was, in Mr Marrow’s view, “absolutely right”.

He said: “I think a new service has got to be environmentally-friendly.”

The 79-year-old said key factors would be landing facilities – ideally ones which could handle vessels at high and low tide, such as an outer jetty or dock – and sufficient vessel sturdiness to deal with tough sea conditions in the Bristol Channel.

“Plans for an outer jetty in Ilfracombe have been on the cards for years,” he said. “I think a strong case could be made for a ro-ro (vehicle roll-on roll-off) ferry.”

Asked what sort of price a crossing might cost, he said he would be hesitant to pluck a figure out of the air without looking into it.

“It has to be cheaper, and environmentally infinitely preferable, than having to drive,” he said.

Mr Marrow grew up in Cornwall before moving to Somerset aged 12. Over the years he has been a deck officer, navigator, and ferry service founder and operator.

He said he established and ran new ferry links in Orkney and Shetland, operated landing craft in civil war-torn Mozambique, set up development projects in places including Malawi, where he took over a shipping company and was based at a lakeside community called Monkey Bay. “It was a lovely country,” he said.

He said he had also been made knight of the order of the leopard by Queen Diambi Kabatusuila, who is from the Democratic Republic of Congo, and worked with a descendant of Fletcher Christian – leader of the mutiny on the Bounty in 1789 – on ways of setting up a potential ferry service to and from Pitcairn, in the South Pacific.

Mr Marrow said his Severn Link research had confirmed to him the close historical ties between South Wales and the South-West of England. He said 22 paddle steamers operated in the Bristol Channel in the 1920s.

“It was far easier for people in North Devon and North Cornwall to go to Wales than London because the roads were very bad,” he said.

Mr Marrow said one of his ancestors – a one-legged cobbler – had been recorded as appearing in court in Swansea in the late 19th Century accused of beating his wife with his wooden leg.

Of his own younger days, he said: “I remember the days when the old White Funnel steamers were working, like the Cardiff Queen and Bristol Queen. They were lovely boats.”

Mr Marrow said many people from South Wales visited Butlins in Minehead, and he felt a ferry would be a good commuting option from Cardiff for Welsh contractors working on the vast Hinkley Point C nuclear power station project on the Somerset coast. A new ferry service, he said, could also help revive struggling shipyards.

Former Swansea Council leader Chris Holley said he had been keen for Severn Link’s catamarans to navigate through the Tawe lock up to the riverside by council-owned East Burrows Road car park, near Sainsbury’s.

“It would have been a fantastic (landing) facility, but unfortunately the ferry was a bit too long to go through the lock.”

He said other options at Swansea docks were investigated.

Mr Holley added: “The ferry is a really good idea, regardless of whose idea it is.”

Mr Marrow, who lives in Wellington, Somerset, and is an advisory board member on the South West Business Council, said he was not bitter about the Severn Link experience.

“You take it on the chin, and get on with things,” he said.