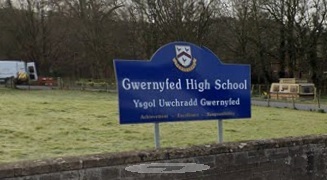 PLANS to construct a new school building for Gwernyfed High School near Brecon have been “forgotten” according to a county councillor.

Councillor Gareth Ratcliffe asked using Powys County Council’s ‘anytime process’ if any progress has been made on the proposed redevelopment of the school which goes back several years.

His question came as the Independent/Conservative administration drives through a massive multi-million-pound programme of school reorganisation, which will see schools close, merge and new campuses built to try to give an equally high standard of education to all pupils across Powys.

Gwernyfed High School is based in the village of Three Cocks (Aberllynfi in Welsh) and many of its pupils come from the Hay-on-Wye area which Cllr Ratcliffe represents.

He said: “The council is working hard its education programme across the county to ensure that we get the best for our pupils.

“It is concerning though that yet again Gwernyfed High School seems to be forgotten part of the county.

“Can the portfolio holder please provide a public update for my community on the progress of the development of a new school or redevelopment Gwernyfed High School and the community have been promised.”

According to Cllr Ratcliffe this was promised back in  September 2016.

Education portfolio holder, Cllr Phyl Davies said: “We are committed to improving our whole school’s infrastructure across Powys, and officers have been working on plans for a new school building for Gwernyfed over the last year.

“Unfortunately, officers have had to re-prioritise their focus for now in order to deal with a number of projects that are further in development than Gwernyfed.

“However, we hope to be able to continue on the Gwernyfed project later this year.”

Following the answer, Cllr Ratcliffe, said:  “Yet again it feels like Powys are trying to kick the Gwernyfed development into the long grass.

“I will keep fighting to get the school we were promised and deserve as it seems that nothing is moving forward.”

“The school, pupils, staff, and local community are working hard to ensure we get the best outcomes for our children.

“Now the council need to do their bit.”

He added that he would be asking for a further update in the autumn.

The school opened in 1950 and part of it is a Grade II listed Victorian mansion.