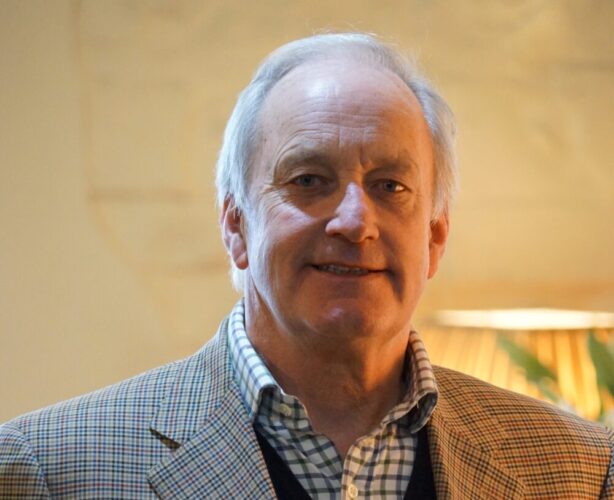 THE Leader of UKIP in the Senedd, Neil Hamilton MS has spoken at length about what he sees as a disastrous approach to managing the pandemic on the part of Welsh Government.

Speaking to Wales News Online via Zoom on Thursday (Oct 22) the outspoken MS said that he had received heart rending emails from his constituents expressing concerns over the loss of income approaching the Christmas holiday, when it should have been their the last hurrah of the holiday season. “Many people are reluctantly concluding that they have to shut up shop. The latest statistics show that our national income fell by a quarter in the last quarter.” He said.

Mr Hamilton was critical of the twists and turns of decision making within the Welsh Government: He said: “We know lock down does not work it delays the progress of the virus it doesn’t stop it. We delayed it from the summer when pressure on the NHS was at its lowest to winter when Pressure on the NHS is at its greatest. It is an irrational policy and it hasn’t worked.”

Speaking about the validity of a firebreak the MS said: A firebreak is designed to extinguish the fire on one side of the firebreak. It is an absurd policy. A two week delay will not affect the long term infection rate or the mortality rate of the disease. All it will do is actually extinguish businesses and jobs. They will be gone forever and the disease will return. It is not a sensible policy. The failing was not to protect the vulnerable. Hospitals were emptied and people were put into care homes. 85% of those who died were over the age of 65.

Mr Hamilton supported a policy whereby those most at risk were protected while the rest go about business as usual. He said: “Our policies should be based upon these basic facts. Those who are overwhelmingly at risk, which are the elderly, and those with underlying medical conditions, diabetes and respiratory diseases, they need to be ‘kept out of the way’.”

He cited the Leader of Manchester City council Sir Richard Leese who he said had opposed the lockdown because ‘he knows what economic damage this is going to do’. “Sir Richard Leese has proposed the same policy and he says it would reduce the economic cost of these protective measures by 80%.” He said.

Leaders in the North have also issued a statement, which calls for amongst other things a more local approach to measures. It is something the Welsh Government have been leading with over the last six months.

When asked about the timing of the lockdown commencing Mr Hamilton said: “If you are working in England, you are committing an offence by going home at 6pm. If this were such an emergency, why would we let another four days go by introducing the lockdown?”

Asked about his doubt surrounding the advice the Welsh Government was acting on, Mr Hamilton said: “The medics will know how the virus works and operates but what we are talking about here is the legal measures. The advice of the medic on the political prescription to deal with this is no better than anybody else’s advice. They are not epidemiologists. Those who are world renowned epidemiologists and the rest of the 1800 medics who signed that declaration to say the government has got it wrong. If we impoverish the country that means there is less money to spend on the health service. There is a diversion for those who have health problems who cannot be treated. There are 36,0000 people in the Hywel Dda Health Board region waiting for treatment for over six months. This is more than a tragedy. It is actually a crime in my view that the government is acting in the way it is. “

The MS was sceptical about the statistics and the R number. He said: “There are so many unknowns. You hear about this mythical R number. The R figure is meaningless. Unless you know the latent immunity of the population, you cannot calculate the R figure. We do not know the latent immunity of the population because we have not done tests to find the proportion of people who have antibodies. Before the schools went back, teachers were tested. One of my staff had had it (Covid-19)band none of us got it. A couple of thousand people die of road accidents every year but we do not ban cars do we?”

Asked about the state of the Welsh economy the MS said: The Welsh economy will survive but it will be on a kind of economic life support. It is anyway because the UK taxpayer subsidises a very substantial part of government services at all levels in Wales.  Wales is a poor country. There are economic subsides transferred from the richer parts of the UK. It will massively increase the problems of poverty in the poorest parts of the UK. The effects of the lockdown will be far worse. The doctor is worse than the disease in this instance. In two and a half weeks, they wont know to what extent the firebreak has worked because the incubation period is two weeks.”

Mr Hamilton spared no horses in his view of those in power at the Welsh Parliament. He said: “It’s is alright for the Cardiff Bay panjandrum sitting in their offices funded by the tax payers on secure incomes. They will be ok in the warm not worrying about who is going to put dinner on the table in the next week. This mantra we get from Welsh Ministers that Lives Matter. Of course lives matter. When we were young, we had epidemics. People died, old people died. Funny thing isn’t it, old people die. Death was part of life when we were growing up now we put it to the back of our minds and pretend it is not there. Yes, we should do all we can to protect those who are vulnerable to Covid.“

Citing some figures Mr Hamilton said: “There are 7.7 billion people in the world and the number of Covid deaths recorded has hit one million. At a local level, the figures are stark, three in hospital in Llanelli with Covid and three in Aberystwyth in hospital with Covid. We are not exactly dealing here with a tsunami of cases.“

Asked about the difficulty facing the NHS dealing with just a few cases Mr Hamilton said: “I have the most enormous respect for the health professionals who are managing this crisis. They have handled this crisis in an exceptional way I think. The Government has predicated this lockdown on a massive increase in infections and cases. I think it is premature to draw a conclusion that there is going to be a massive incidence of serious cases. It does not matter how many people get infected if they are A-symptomatic or if they suffer only very mild symptoms. The key thing is to keep them from infecting others. The way you do that is target your restrictions.”

Mr Hamilton had no praise for the UK Government’s handling of the pandemic. He said: “The crisis has been grossly mishandled at all levels. I am not defending the way Boris Johnson and Matt Hancock have handled this crisis. We should have learned from other countries like Sweden. The average daily deaths in Sweden are between one or two people and this is without lockdown. The death rate per million is 585 that is one hundred less than it is in the UK. Their death rate is lower without lockdown.”

Concluding Mr Hamilton said: “In spite of the lockdown, we have not been successful in eradicating the virus. As we go into winter viruses will find it easier to replicate and to spread. It was madness in my view to discourage the spread of the virus in young people in the spring and summer. We have created a crisis and public policy has been irrational. It is not about public health it is about politicians guarding their own backsides. He (Mark Drakeford) is afraid that people will point the finger at him saying all these people have died. ”

This fire-break is our best chance of regaining control of the virus and avoiding a much-longer – and damaging – national lockdown. We have a small window of opportunity to act.

To be successful, we need everyone’s help. Wales has shown throughout this pandemic that we can come together and take the actions to keep our families and our communities safe.

We must come together once again to stay ahead of this virus and to save lives.

The ‘firebreak’ comes into force at 6pm on Friday October 23rd.