How big a risk is fire at Abermule’s waste bulking facility? 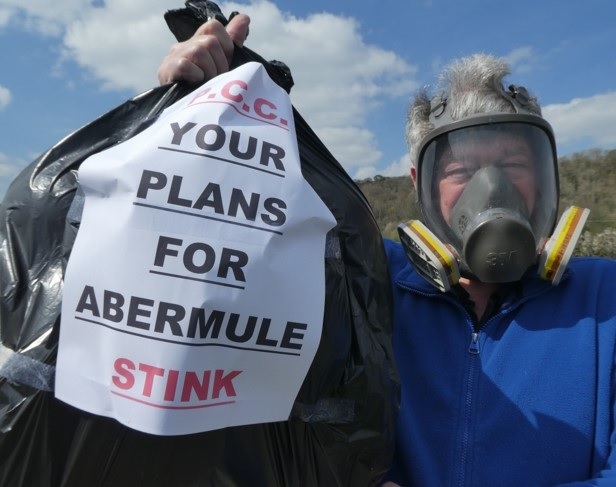 CONCERNS have been raised that a blaze at a recycling centre in Welshpool could be replicated at Powys County Council’s (PCC) new £4 million facility on the outskirts of Abermule.

Councillors at both county and community level believe that better measures are needed at the North Powys Bulking Facility built on Abermule Business Park to tackle a potential fire.

Abermule with Llandyssil community councillor, Alan Meredith-Jones had been part of a delegation shown around Potters by council staff recently.

Cllr Meredith-Jones said: “The purpose of the visit was to demonstrate the safety of the site and to show that we need not fear a fire at the waste transfer station when it is operational, even though they do not plan to install any fire suppression measures.

“I call on PCC to reconsider their decision to install no fire suppression system at the Abermule site.”

After the fire in Welshpool, Plaid Cymru group leader at PCC, Cllr Elwyn Vaughan, has asked the council about safety measures at the Abermule site, and whether a water sprinkler system would be a “good idea?”

Earlier this year PCC applied to Natural Resources Wales (NRW) for an environment permit to run the facility, and part of that includes details of how a potential fire would be dealt with at Abermule.

A spokesman for PCC said: “The Fire Prevention and Management Plan (FPMP) is a significant element of the environmental permit required from NRW to operate any waste and recycling facility.

“The FPMP has been submitted as part of the current application for the North Powys Bulking Facility and it will be up to NRW in consultation with the Fire Service to determine whether it is sufficient for the operations at the site.”

A public consultation on the environment permit for the site came to an end on July 1.

NRW say that they received 117 public responses during the six-week consultation period.

They will now start their technical assessment to decide the application.

NRW will hold a second consultation when they have reached a draft decision whether to grant of refuse the application.

Comments from this second consultation will then be considered before finally coming to a decision on the permit.

PCC propose that the site accept and process up to 22,500 tonnes a year of non-hazardous waste and a maximum of 425 tonnes is proposed at any one time.

The site is supposed to receive recycling collected from households across Montgomeryshire, where it will be squashed together or “bulked,” so that it can be more easily transported to processors to turn into new products.

PCC have always stressed that they need the site so they can increase recycling rates.

In August 2018, planning permission was given for the £4 million scheme.

In May 2019, the council’s cabinet voted unanimously in favour of going ahead with the scheme after a full council meeting had urged them to refuse it.

Before the Covid-19 pandemic struck, it had been expected that building work at the site would have finished and that the facility would be up and running from last October.