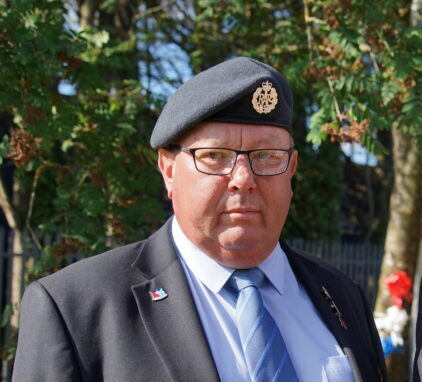 Husband and wife, Rob and Nysia Evans have been unanimously backed by members of the newly formed Dafen and Felinfoel branch committee to stand as Labour councillors in the May elections 2022.

Cllr Rob Evans said that he was delighted to be chosen and was looking forward to launching his campaign.

At the last local elections Felinfoel and Dafen were close at the count with Cllr Rob Evans winning the Dafen seat by just 56 votes.

During the last couple of years there have been a number of councillors who were elected on a party ticket but who subsequently either joined another party or became independent. The dynamics of the council could change significantly as a result with Labour having to put forward councillors to replace those who left.

Labour will have to make significant gains if they want to take control of the administration.

Plaid Cymru narrowly missed out in forming the first majority administration in Carmarthenshire Council’s history, despite gaining eight seats in the election. The Labour Party maintained its position from the 2012-2017 term, with the Independents losing many seats in the rural areas of Carmarthenshire to Plaid Cymru. Four candidates (from the seventy four seats) were elected unopposed.

A Plaid Cymru-Independent coalition was formed after the election, with Emlyn Dole remaining as the Leader of Council.

The margins in many of the seats were slim so there could be a number of changes especially if the previously unopposed wards attract more candidates.