FOUR inspirational people from Wales are in line for recognition after being nominated for a 2021 National Lottery Award.

The Founder and Director of the Iris Prize LGBT+ Film Festival, Berwyn Rowlands; the Secretary of the Caerphilly Miners’ Centre for the Community (The Miners), Katherine Hughes; 20 year-old Rugby Coach Tirion Thomas from Bala; and 25 year old Canoe Polo Team GB gold medal winner from Bridgend, Bethan Littlewood, have all been shortlisted for their outstanding work in their community.

The National Lottery Awards are the annual search for the UK’s favourite National Lottery funded people and projects and they celebrate the inspirational individuals and groups who do extraordinary things in their community especially during these challenging times. 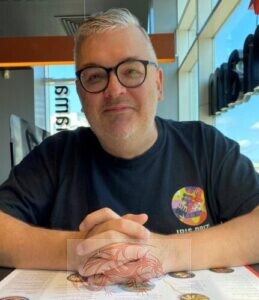 Film and TV Producer Berwyn Rowlands, originally from Anglesey but who lives in Cardiff, is one of five from across the UK shortlisted in the Arts category for his outstanding work over 15 years as the Founder and Festival Director of the Iris Prize LGBT+ Film Festival.

Established by Berwyn in 2006, the National Lottery funded Iris Prize takes place in Cardiff annually and has developed into the biggest international LGBT+ short film prize in the world. It has become a leading voice in championing LGBT+ short film and Iris also runs LGBT+ education and community outreach projects in Wales and the UK throughout the year.

Berwyn, 54, who organised his first ever public film festival in Aberystwyth back in 1989, says: “It’s an absolute honour to be shortlisted as a finalist. I would like to thank The National Lottery’ players for supporting myself and the Iris Prize and for helping us to run an unique festival which brings films from this diverse community to the attention of wider audiences around the world.”

Flying the flag for Wales in the Community category is 71-year-old Katherine Hughes from Caerphilly. Katherine, who is a volunteer and the Secretary of Caerphilly Miners’ Centre for the Community (The Miners), has been nominated for her unwavering voluntary efforts over the years and as one of the driving forces behind saving the historic local landmark for future generations to enjoy.

Katherine was at the forefront of the community group that helped save the former hospital from demolition 15 years ago. Since opening in 2008 with the support of National Lottery funding, The Miners has become a vibrant hub for the community where people of all ages and abilities are able to access a wide range of affordable services and activities.

Delighted to be nominated, Katherine, who still actively volunteers at the centre, said: “I was speechless when I found out I had been nominated. The National Lottery has played a vital role in getting this project up and running and it’s great being part of such an inspirational and vibrant project, with community members and volunteers from all walks of life coming together to support our common cause.”

Two Welsh individuals, Bethan Littlewood and Tirion Thomas, make up the five shortlisted from across the UK in the Sport category. 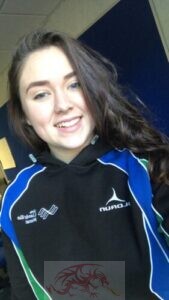 Twenty-year-old Tirion Thomas from Bala, North Wales, has been put forward for her role in almost single-handedly developing women and girls’ rugby in the Bala area. She started by setting up a female rugby side when she attended Ysgol y Berwyn and now coaches three different age groups for girls at Clwb Rygbi Bala.

Tirion is a key figure driving forward the National Lottery funded Young Ambassador Programme in Wales, which aims to empower Young Ambassadors as role models who encourage others to share their love of sport, developing a generation of well-rounded young leaders. During the last year, she has also turned her attention to helping fellow coaches by creating a young coaches’ network.

Thrilled to be nominated, Tirion, who is also studying Midwifery at Swansea University but still gives her time to help others enjoy sport, says: “Bala is a small town and there weren’t many sporting opportunities for younger children, especially girls. I wanted to give them the opportunities to do the sport they love that weren’t initially there for me when I was growing up. I’ve been able to do that with the support of The National Lottery. I’m beyond excited to have been considered a finalist – especially when you see how many projects entered!”

Bridgend’ Bethan Littlewood has been nominated in the same category for the huge positive impact she has on the people around her through her can-do attitude, caring nature and focus on inclusion. 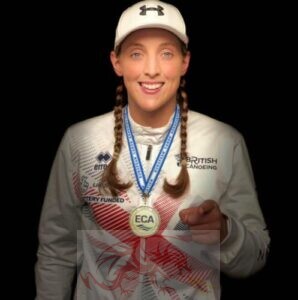 The 25 year old is Chair of the National Lottery funded Bridgend Canoe Club and has been an inspiration – not just to the young members of her canoe club, but to paddlers across Wales and the sporting community as a whole.

Bethan has already faced and overcome more challenges than most would in a lifetime. At the age of 15, whilst training for the 2012 World Championships and volunteering for the London Olympic and Paralympic games, she was diagnosed with stage 3C ovarian cancer. Beth’s optimism and determination saw her through this challenging period – and after two years of chemotherapy plus major surgery, she returned to the World Championships in 2014 and led the National Lottery funded GB Senior Ladies to Gold at the 2019 European Canoe Polo Championships.

Bethan, who is also growing her own fitness company, said: “It truly is a great honour to be recognised as a finalist in the Sport category of The National Lottery Awards. Fitness has saved my life; I want to help others have their best chance of life by sharing the wonders that fitness has to offer.”

Next month a panel, made up of representatives of The National Lottery and partners, will decide the winners in each category from a shortlist of five from across the UK.

Winners will be revealed in the autumn and will receive a £3,000 cash prize for their organisation and a coveted National Lottery Awards trophy.

“The National Lottery Awards honour those who have stepped up and stood out like Berwyn, Katherine, Tirion and Bethan, who work tirelessly for their community. They deserve great praise and our thanks for their incredible work.”

There will be a special Young Hero Award for someone under the age of 18 who has gone that extra mile in their organisation.