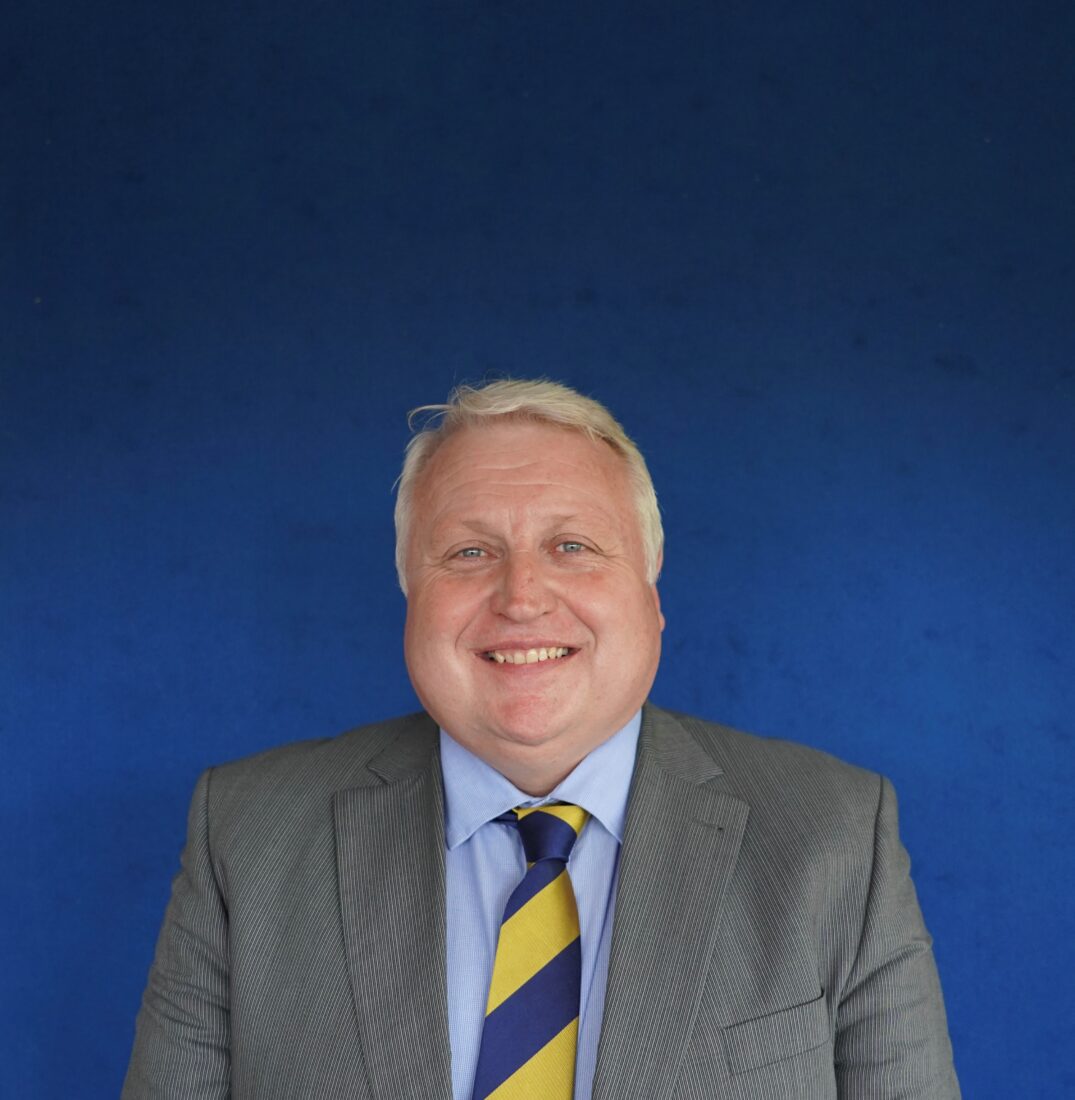 IMPROVING public transport, housing the homeless, tackling poverty and delivering leisure and tourism developments are some of the things that the council will be looking to do in Merthyr Tydfil over the next five years.

Recently elected council leader Geraint Thomas has set out how the local authority will deal with the challenges it faces and take advantage of the opportunities it has over the next five years.

Cllr Thomas, independent, was elected following a split vote at the annual general meeting with the independent mayor casting his vote in his favour.

It followed a council election in May which saw 15 independent councillors and 15 Labour councillors elected.

Cllr Thomas takes over from Councillor Lisa Mytton, independent, who served as leader before the election and was also re-elected as a councillor but decided to stand down.

He started work at 16, supporting his father Eddie with the family coal mining and boxing interests.

He worked for British Coal on the East Merthyr Reclamation Scheme and Cwmbargoed Coal Processing Plant and for 20 years he has worked installing children’s play surfaces.

He played rugby for Merthyr RFC since the age of six, and was a coach at the club for 12 years, also coaching its ladies’ team, the Iron Maidens.

He first stood for council in 2017, four years after his wife died. He said he needed a new challenge and believed he had the skill set to make a difference in people’s lives.

Speaking about the administration’s priorities over the next five years, Cllr Thomas said: “As 15 independents coming together now we’ve all had different manifesto pledges.

“So over the next month and through the recess of August we’re going to sit down together and form our vision statement and manifesto for the next five years.”

He said there are a lot of similarities already including the poverty agenda, which he said has been under the microscope over the last year due to the fuel crisis and the crisis of the cost of living, which he said has “exploded”.

Cllr Thomas said some of the gas and electricity prices that people have to pay through prepayment meters in their homes are so expensive and they can’t afford it, adding that the council tries to support them as much as they can.

Turning to some local challenges, Cllr Thomas said: “Over the last term we laid the foundation work on the town centre.

“The masterplan that The Urbanists created for us has opened up a new world, however there are challenges.

“As you know we bought the St Tydfil’s Shopping Centre and we knocked down the old bus station site to try and develop the two areas now in tandem.

“But there is a little setback that we’ve got currently with the TAN 15 regulations on flood plains and flood prevention and the old bus station site sits in that area.”

He said it’s not due to the River Taff but the Morlais Brook so he said they’ve challenged their officers to speak with Natural Resources Wales (NRW) to see what mitigation measures can be put in place so people can live there, work there and have their leisure activities in the town centre.

He said once they’ve got the feedback from officers and NRW, they can then move on and develop the site.

When asked about the situation with bus services in Merthyr Tydfil, Cllr Thomas said: “We have aspirations for that bottom end of town, the gateway into Merthyr.

“We’ve got that brand new building of the year bus station but we also want to bring in a new train station as well that sits alongside it so there’s that interchange from train, bus, car, cycle, walking whichever at the gateway to Merthyr Tydfil.

“We do have a problem with the current level of bus drivers. We’ve spoken to Stagecoach who are the main bus company for the region and we’re going to try to help them recruit extra bus drivers going forward.”

He also said Welsh Government are preparing a white paper that should be going to the Senedd this year on bus reform and he said it would be interesting to see what comes out of that.

On the issue of homelessness in Merthyr Tydfil, Cllr Thomas said he’s been cabinet member for housing for the last five years and has been entrenched in dealing with the issue including working at the night shelter.

He said as a result of Covid Welsh Government brought in legislation that they had to house anybody that presented as homeless to them.

He said: “The costs are climbing. It’s now over £2m to house these individuals. But our plan is we need to build more purposed accommodation, one-bedroom facilities which we currently don’t have a lot of in the borough.

“We’re looking to build purpose-built properties as well that can house people with complex and chaotic lifestyles.

“As people of the borough will see when they come to the town centre, some days it’s not a pleasurable place to be.

“We are working very closely with our partners the police and the health board as well on this so we can try and take some of the service provision that’s currently based right in the town centre more to the outskirts of the town.

“But the costs are going to be large and we will need further support from Welsh Government to provide these social housing schemes.”

He said they’ve got a new team in children’s social services and that their leader is doing a great job there.

He said: “The director (of social services) Lisa Curtis Jones has got it all very well under control to be fair”, adding “I’m glad to say that we’ve got officers that can really cope”.

He said one of the tests post-Covid is going to be elderly care and if elderly people want to go into care home facilities.

Cllr Thomas said: “We saw the issues during the pandemic where family members couldn’t see them for months on end or even years in some cases.

“So I think a lot of our planning going forward will be for caring for people at home rather than in care facilities and that may allow us then to help the health board free up bed space for some of the issues they have at the moment with bed blocking in the hospitals where there’s no step down facilities.”

On education, Cllr Thomas said they’ve got the new 3-16 faith school being built and they’ve just opened what will become the third Welsh medium primary school in Merthyr.

He added that he hopes to see a Welsh medium secondary school in the borough because currently between 450 and 500 children leave the county every day to go to school in the Cynon Valley.

In terms of leisure services, Cllr Thomas said they’ve had issues with the swimming pools at Rhydycar but work has now started there and they have plans for a new state-of-the-art skate park at the leisure centre which should open by the end of the year.

He said he thinks there’s still scope for what they could do at Cyfarthfa Park and some of their outdoor areas.

He said: “The Taff Trail is a fantastic ambassador for Merthyr Tydfil. It brings people from everywhere to walk along there and our heritage sites. It’s a beautiful place.”

Cllr Thomas said all tourism providers struggled through the pandemic but they’ve all survived and coming out of it they’re doing well.

He mentioned Bike Park Wales, Rock UK and Parkwood in particular and said visitors are coming.

He said planning hasn’t yet gone in on Rhydycar West but as soon as that goes people will be able to see the full plan and how exciting it is but the planning committee will have to make a decision on it.

Cllr Thomas said: “I hope, along with these developments, we get the right type of hotels as well.

“We have small little hotels and we’ve got some boutique hotels coming like Howfield’s in Merthyr at the bottom of town there and Jol’s.”

But he said something like the Village Hotel in Cardiff North that has four star facilities would be well accepted by the people of Merthyr and by visitors.

He said: “The Cyfarthfa project is exciting and over the next month or so you’ll see developments coming forward.”

He said the funding is there and they have to tap into some of the levelling up funding and other sources to bring the Cyfarthfa project to life.

Cllr Thomas said: “It is a huge plan that’s got 20 years to fully grow from where it is now to see it completed but I think when it’s there and what’s planned for it is going to be not just great for Merthyr but great for the region and for Wales as a whole.”

The make up of the new council

When asked about the make up of the new council and how Labour and the independents can work together, Cllr Thomas said himself and the former leader Cllr Mytton have had a really good working relationship with the leader of the opposition Councillor Darren Roberts and Labour’s deputy leader Councillor Clive Jones.

He said: “We met on a regular basis. Myself and Darren have agreed that will continue. I’ve offered the Labour group 50-50 split on all of the champion roles, outside bodies, committees etc.

“So they’re going to be fully immersed in the workings of Merthyr Tydfil County Borough Council.

“50% of the councillors are Labour councillors and you’ve got to respect what the population voted for. So a lot of their manifesto pledges will be the priorities going forward and they were very similar to ours.”

He said these included play areas, the leisure trust and public transport, adding “all these things we will work together on to make sure that the people of Merthyr get the best services possible”.

When asked about previous controversial comments he had made on social media, he said it was in the past and before he was a councillor.

He went on to say: “I love my town and have noticed the decline to front line services through these times of austerity/cuts and wanted to see if I could do something about it.

“I’m impressed by the support you get from your local community, and the honest feedback from them when you get things wrong.

“We are a fantastic town with so much history and heritage, I am always proud to represent us.”