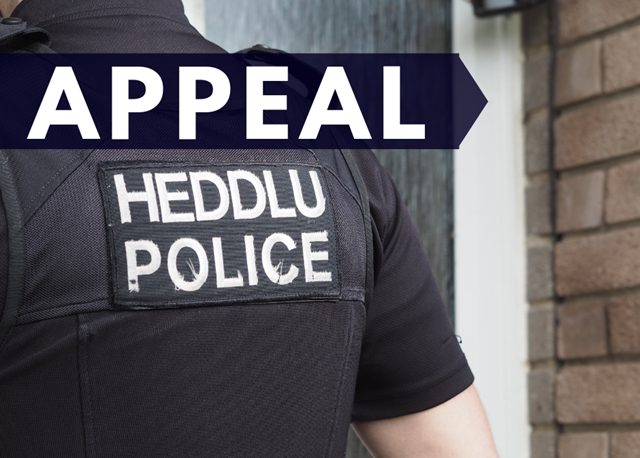 DYFED-Powys Police is appealing for information over a burglary which saw a quantity of cash and jewellery of significant sentimental value stolen.

The burglary of a property near the Llwyndafydd Inn, Saron, happened on Saturday, 22 August, between 10.30 am and noon, when raiders entered a home and stole a quantity of cash and jewellery.

Among the items stolen was a gold watch given to the elderly victim by her parents on her 21st birthday, a gold single pearl solitaire engagement ring the victims had owned for 56 years, a gold chain with a long, thin dropper pendant that belonged to one of the victim’s mother and a marcasite bracelet given to the victim when she was a bridesmaid for her sister’s wedding 60 years ago.

If anyone has any information regarding the incident they are asked to contact PC 53 Lewis at Newcastle Emlyn station.

This can be done online: bit.ly/DPPReportOnline, by email: contactcentre@dyfed-powys.pnn.police.uk, by phone on 101 or by text: If you are deaf, hard of hearing, or speech impaired text the non-emergency number on 07811 311 908.

“This was a horrible crime that has happened to a lovely elderly couple. Some of these items are of huge sentimental value and had been in the family for decades.

“The incident took place in the morning where a number of people were home at the time. I would appeal for anyone who saw anything or anyone suspicious that day to call the police.

“I would also like to remind local residents to make sure that their security is up to standard and to be vigilant.”