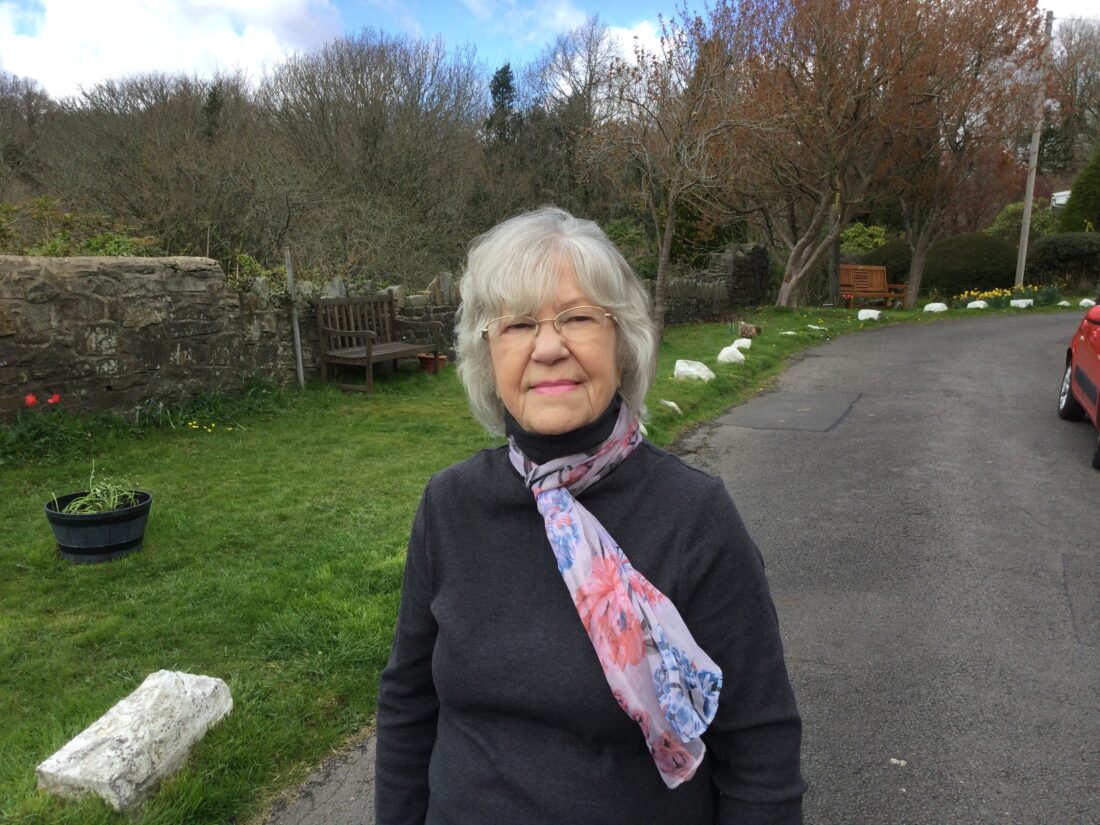 CLIMATE change, coal tip safety, flooding and the cost of living crisis are some of Plaid Cymru’s key focuses ahead of next month’s council elections.

Pauline Jarman,  has laid out what the party’s priorities would be for RCT should they take control of the council after the election on May 5.

Covering a wide range of topics such as the cost of living crisis, education, coal tips and the environment, she said the first thing they’d do is look at the Covid review and how it affects children’s education which she said is a key consideration.

Ms Jarman also said they’d focus on the mental health of children and the loneliness of the elderly post pandemic.

She said: “They would be key areas of service that we’d want to dedicate a significant priority to.”

On the environment and the climate emergency, Ms Jarman said: “We need to do more and be more effective.”

As far as the section 19 flood reports are concerned, she said they’d want to look into these in greater detail and that Plaid are still pushing for a public inquiry on flooding.

She said: “In my ward, which was badly devastated by the floods, that section 19 report hasn’t yet been published.

“All of these things matter. I’d be eager as well to continue to pay due attention to tip safety in our area.

“We have so many tips. We are still awaiting the publication of the list that Welsh Government promised us would be published some time ago.”

“I’m anxious to have full and proper sight of that so that we can plan for the future.”

She said if the prevailing weather is anything like it was in 2020 then “we ignore tip safety at our peril.”

Ms Jarman said there are quite a few tips in her own ward and they are high category tips.

“I think all of our communities, to some degree or other, would have a very keen interest in ensuring the council does its best to protect them from any failure of these tips in the future.”

On the cost of living crisis, she said this is likely to overtake these priorities because people’s minds are fixated on how they’re going to manage daily from now before the big bills hit.

She said more and more people will come to rely on council services and she said that’s why she’s pleased to be strongly associated with the provision of free menstrual products in schools.

Ms Jarman said 50% of pupils aged 11 and over are girls with some being in a family of two or three girls so she’s sure that with the pressures on household budgets the free provision of sanitary products in schools will be welcomed.

She also highlighted the introduction of free school meals as part of the co-operation agreement between Plaid Cymru and the Welsh Labour Government and the £200m grant that’s been awarded to councils.

She said that in a cost of living crisis that’s got to make a difference and be welcomed by households who have young children and don’t where to turn for the next shilling so that they can put food on the table for their children.

In terms of staff, Ms Jarman said: “I’d be eager to avert any threat of industrial action by the GMB.”

She said she spoke at length at a recent council meeting on a letter sent to the council from the GMB with some employed in front line services like refuse collectors and street care teams are having to turn to foodbanks.

She said: “That’s symptomatic of those staff being some of our lowest paid but most publicly appreciated people and people don’t begrudge paying council tax for clean streets and having their refuse and recycling collected and we’ve got to look after those staff.

“We’ve got some of the highest paid senior officers according to recent statistics that have been released but it isn’t good when our front line staff are some of the lowest.”

Ms Jarman said Plaid has a mix of candidates and they are fairly gender balanced.

She said: “We’ve got a mix of experienced councillors and new councillors. The one thing that none of them are lacking in is enthusiasm. I think that’s key.

“Our business is people and I’m persuaded and convinced that, if we do take control of the council, then we will make a pretty good fist of having a diverse cabinet with fewer members than the present administration has because I see there’s so many cross-cutting issues there that it it is due for a review.”

She said they’ve got some people who have disabilities who are good advocates for providing services for people with disabilities as some services are lacking like drop kerbs.

Ms Jarman said: “We’re very content that our candidates are diverse, enthusiastic and ready to go.”

Funding from Welsh and UK Governments:

She said: “We should have a formula based on absolute need and the present UK Government is averse to it as was the previous UK Government.”

“Since 1978 no government in the UK has looked at it in any seriousness.”

She said Plaid Cymru commissioned work from a renowned academic which proved that Wales isn’t having its fair share and it should be varied.

Ms Jarman mentioned the debate over tip safety between Welsh and UK Government as to who is responsible for dealing with it.

She said as the mines have been closed for 40 years she said that the UK Government has an obvious obligation to fund these types of works.

She said she heard a quote on the doorstep the other day “Come to Wales. You can grow a tree but you can’t get a doctor’s appointment.”

Ms Jarman said she had sympathy with the argument although she is a keen environmentalist and a champion of trees.

She said: “Welsh Government need to be more focused and invest their money in areas of service that will make a real difference to the quality of life of our residents.

Ms Jarman said: “I’m very eager to see progress on Plaid’s policy of making social care free at the point of delivery as is healthcare.

“I hope that is one area that the Welsh Government will invest in sooner rather than later.

“Now that the National Insurance contributions are going up and that money is intended to underwrite the cost of a change in social care then hopefully that will be invested to enable everyone in Wales to benefit from care services free at the point of delivery as they are with the health service.”

But she said she fully understands that until and unless the UK Government bit the bullet and look at the formula that funds Wales there’s always going to be this constant “they said, we said” and the people are stuck in the middle.

On education, she said Plaid have put on the table with Welsh Government the need to improve childcare provision from the age of two and to make it universally available.

She said: “We are also eager to expand on the free school meal entitlement. The party’s policy is to extend it to the secondary sector as well as the primary sector.

“No child in this say and age should have to go hungry and it isn’t a case of just filing their belly it’s about filing their mind as well because powers of concentration are affected.

“If a child is hungry their only thought is on their bellies rumbling so that is a key policy area that we’re eager to push and develop.”

Ms Jarman pointed out that this year sees the return of examinations replacing teacher assessments.

She said there are concerns in education and speaking as chair of governors at Mountain Ash Comprehensive School she said they did sterling work during the lock down as did all schools in RCT in engaging with learning from home and making sure children had the devices to enable them to learn from home.

She said: “But absenteeism at the minute is running very high across Rhondda Cynon Taf and I would want to invest in more support staff to work with families because I think some of the children may have got out of the habit of attending school.”

She said more investment in children with additional learning needs is an “absolute priority” as more and more children are being identified as having specific needs through ADHD and autism.

“We really need to be considering that to be a mainstream provision in education rather than an add on.”

She said it could take years for children to be assessed but they are entitled to get the level of support in schools that they need.

Ms Jarman said there have been very good results under the teacher assessments over the past two years for GCSE, AS and A-levels and she’s hoping that the return of the public examination regime will enable that strong progress to be maintained.

She said she understands that the examination boards have taken into account the lock down and assessment process and that time will well.

She added: “If it’s got anything to do with the effort and determination of our school based staff then they should have flying colours at the end of this.”

Speaking about the importance of voting and getting involved in democracy, Ms Jarman said: “Everyone’s opinion is important and putting that cross against your preferred candidate obviously entitles you at a future date to have your say knowing that you were a part of the democratic process. That is what it is all about.

She highlighted how 16 and 17 year olds will be able to vote in local government elections for the first time and she knows through the two schools that she is chair of governors of that they have Senedds and a first minister.

She said: “I know from a very young age children and young people are eager to engage in the democratic process.”

In terms of people generally, she recognised that they’ve got other priorities like wondering whether they’re going to be able to pay the gas bill.

She said: “You can forgive people for feeling very isolated and feeling very fragile. I try to lift their spirits and say ‘go out and vote and then you’ve got the absolute entitlement to be very vocal in your disappointments as well as your pleasures.’”

She said there is nothing like a democracy and that when you look at world affairs and what Russia is doing in Ukraine with a single party state in Russia against the whole world and in denial that they’re undertaking these atrocities.

She said: “Who wants to live in that type of country? So diversity in democracy is a key consideration.

“Every local authority must have an opposition bench as well as a leadership bench because leaders have got to be held to account.”