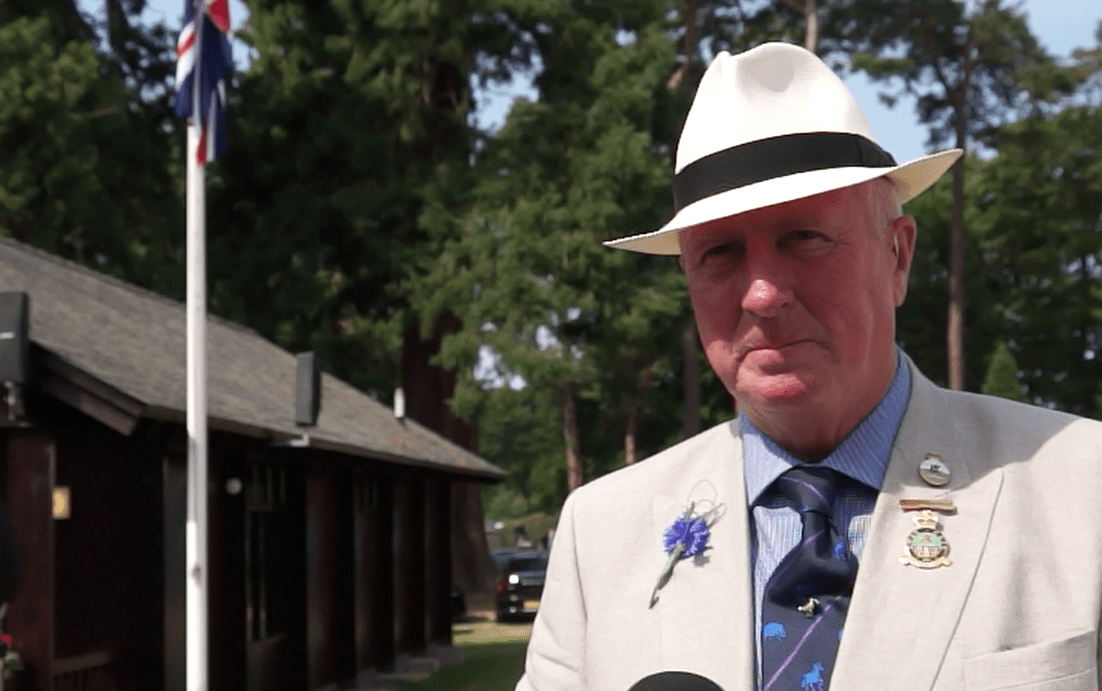 “Livestock farming should be seen as a solution not a cause to environmental problems.”

That was the message from Harry Fetherstonhaugh, the President of the 2022 Royal Welsh Show in his opening address on Monday, (Jul 18).

Watched on by the First Minister of Wales Mark Drakeford MS and Leslie Griffiths Minister for Rural Affairs and North Wales, and Trefnydd the President also said that the agricultural industry needed guidance not nannying from Welsh Government.

The President said that Welsh Agriculture was at  a monumental crossroads. He highlighted what he called ‘the ghastly War in Ukraine’ and said that it only heightens the importance of food security.

He said: “We face an ever increasing population and a decreasing land asset due to development. Livestock farming should be seen as a solution not a cause to environmental problems. It is time for Welsh Government to help the Welsh agricultural industry to adjust their business. Rewilding on a grand scale is not the answer to future needs.

“Farmers need guidance and not nannying so keep regulations to a minimum. Farmers of a certain age should consider a joint venture. There are dozens of talented agriculturalists out there. I was lucky enough to find Rhys Williams and Emyr Jones.

The President went on to say: “The new FSS document is a major step forward in the right direction. Through dialogue we can produce something that is workable. I made a bit of a point about the nanny state. Because all farms are different it can’t be a set in concrete set of rules. There has to be interpretation of individual features. I was trying to encourage a proper look at regenerative farming. If there were some grants available to do the transition form traditional set stocking into malt grazing part of the regeneration way forward that would be hugely helpful for the industry.

“There are two benefits to following that route. If you are a certain age you hate the thought of giving away control of your farm. A joint venture means you are still involved in your business but you are giving young people a step on the ladder. Emyr has been with us for six years and he is moving on to farm on his own. It was always the hope that people would progress. The average age of farmers is 59. If they took the same approach a huge number of these unbelievably talented young agriculturalists could get stuck into the industry.”

Asked what he thought the future for farming in Wales was positive he said: “I think the future is incredibly bright. I think we have to change tack a bit. We have actually got to look at what is underneath the ground rather more than was done traditionally and I think if we do that what happens above the ground will happen naturally. That is quite a change of thought process.

“The ghastly war in Ukraine has illustrated how susceptible we are to global markets in food. We are only 40% self sufficient in Britain. We should be back as we were in the 70’s 60 to 65%. Rewilding is fine in its place on a small scale but huge scale rewilding I believe is utterly inappropriate particularly in Wales where we have the highest stocking rates for livestock in Britain. We should be farming in hand with nature producing the very best food which we can do. The other thing about rewilding is that it does tend to decimate communities.

“The same applies to tree planting; you are not employing local people, your local agricultural businesses cease to get your trade. I am a forester I have a forestry at home. You have a long term market you are not really doing anything after you have planted it for 20 years. It is very different from having land management and everything that goes with it. From a community point of view the farmhouse is sold separately or sometimes it is a holiday let so you have not got children going to the local primary school. The chances are they might not be from Wales so the Welsh culture gets diluted. They can afford to do it; that’s the trouble because there is money in investment funds to put into forestry. I think we should do it in the right place on a very steep bracken bank. I have got no problem with that even if it is 200 acres. Sheep nor cattle will graze it so it is in appropriate places and that does not mean a whole farm.

Emyr Jones (pictured) agreed with the President that Joint Ventures were way forward for farming.

Mr Jones thanked the President for the opportunity to co open the show and said: “Six years ago I joined a joint venture at Coed Coch estate. It is 100 acres of farm rising to 1000 ft above sea level. Over the years I have been lucky to know the family. It is a close knit community that lives and works on the estate. During  the 6 year partnership we have come a long way through a lot of hard work patience and understanding. I believe access to land is the biggest hurdle to preventing farmers from running their own business. Ever increasing demand and limited supply means some more than capable farmers not able to progress in the industry as they should.”

Rhys Williams (pictured) who also works on the Coed Coch estate said:  “I worked in agriculture all my life. I can see a sustainable way forward for farming in Wales. We all agree we have responsibility to look after the environment. For farming in Wales to be truly sustainable we need people within the sector to thrive, develop skills,  give progression opportunities and reward success. A vibrant agricultural sector contributes to the well being of individuals and rural communities and safeguards the Welsh Language.”

The First Minister said: “It has to be a co-constructed future. A future in which we rely on collaboration and co-operation. I thought it was hugely encouraging to hear particularly what the young men said at that opening ceremony, full of optimism for the future.

“One of the reasons they are full of optimism is is that they see themselves shaping that future. They are not asking themselves what is somebody else doing.

“Their fist question is what can I do. When you do that you take your future back into your own hands and I think that is hugely encouraging.”