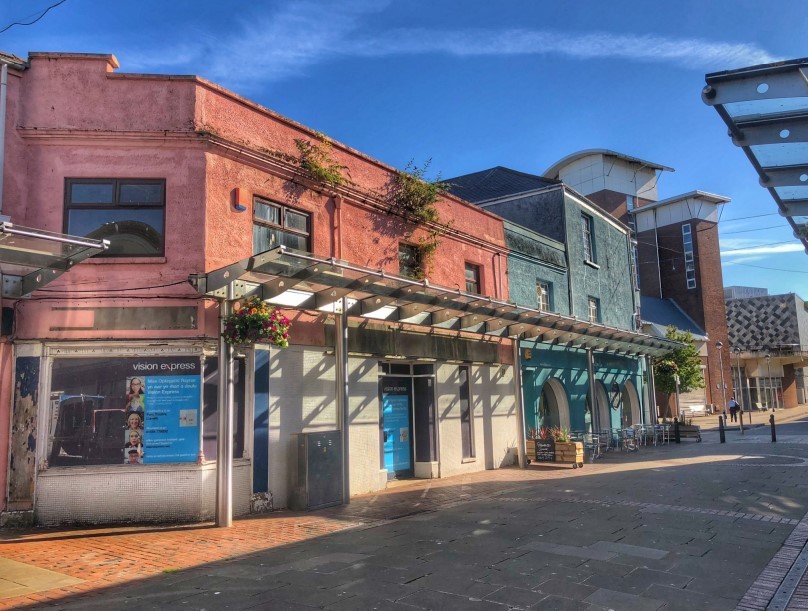 PLANS to build flats and commercial units at a former Italian restaurant site in Llanelli remain in limbo, nearly two years after they were submitted.

Carmarthenshire Council’s planning application for the the old Altalia eaterie and two adjacent units has been called in by the Welsh Government on flooding grounds.

It means the scheme is on hold pending the outcome of the call-in process. A hearing has taken place.

The council has demolished the restaurant building – on the corner of Stepney Street and Market Street – and two units to the side which were occupied by Vision Express and a YMCA charity shop.

In its place, the authority envisions a three-storey building, with five ground-floor commercial units and 10 flats above, and parking spaces at the rear.

The authority commissioned a flood consequence assessment for the scheme because the site is in a designated flood zone.

The assessment said the site was “non-compliant” with national flooding guidance for new developments but it could be altered to make it comply with a local development order – introduced by the council in 2018 – for the town.

Local development orders streamline the planning process and make it easier for vacant buildings to be brought back to life.

The flood assessment made a number of recommendations to reduce the risks and consequences of potential flooding from the River Lliedi.

Environment body Natural Resources Wales (NRW) agreed with these recommendations, should the council approve the scheme, but said the application did not meet the requirements of national flooding guidance.

NRW’s response said it noted there was “no change of use to the ground floor which will remain as ‘less vulnerable’ and that flood waters will not reach the upper floors where the residential development is proposed”.

Llanelli Town Council’s planning committee welcomed the county council’s scheme but had concerns about its design.

Asked for an update on the application, cabinet member for regeneration, leisure, culture and tourism, Cllr Gareth John, said: “The planning application was called in by Welsh Government and we are currently awaiting a decision following the hearing held in October.

“We are hopeful of delivering our original proposals of a mixed-use development of housing on the upper floors and commercial space on the ground floor.”

The Welsh Government said it had nothing to add.

The former Altalia restaurant closed two-and-a-half years ago after 18 years in the town. Owners Al and Tal Einon thanked customers and said they looked forward to a new venture.

The premises was once known as the Cambrian Hotel and Barbican pub.