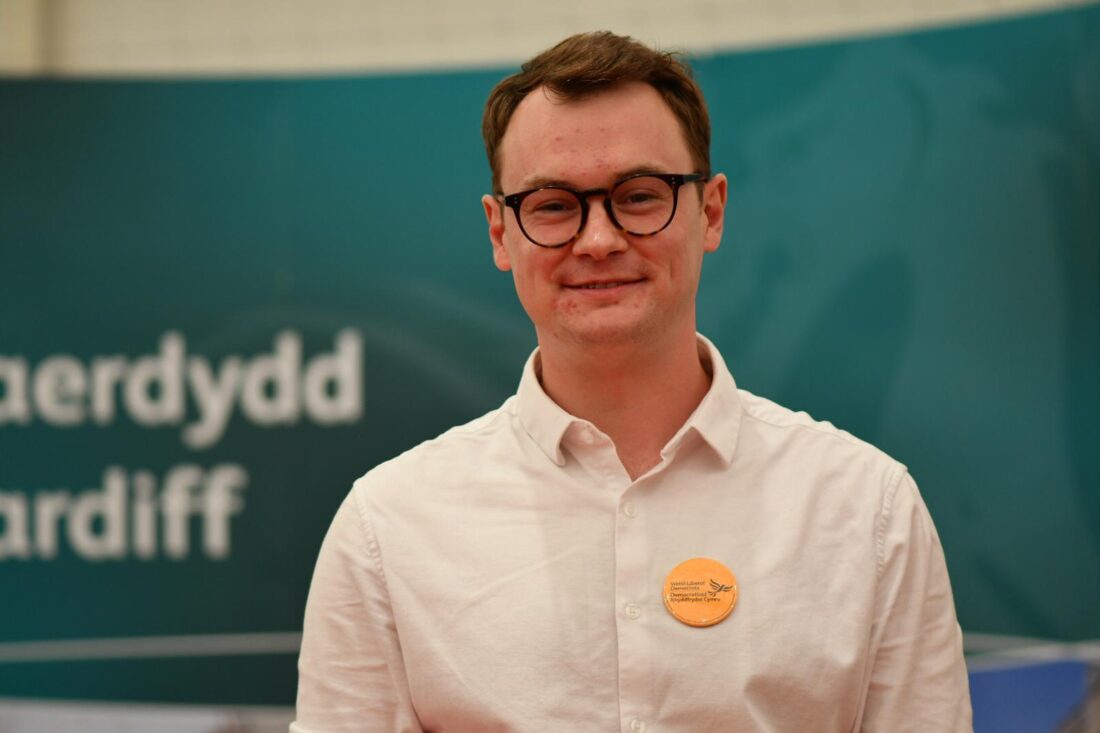 THE result in this year’s local elections for the Liberal Democrats in Cardiff were described as a “relief” by Rhys Taylor.

The re-elected Cardiff Council member for Gabalfa is widely expected to lead the Liberal Democrats group at the local authority this term.

The party, which picked up 10 seats in Cardiff this year, compared to 11 in the 2017 elections, did not suffer the same losses as the Conservatives did – going from 20 seats to just 11.

Former councillor, Emma Sandrey was one of the Liberal Democrats who failed to get re-elected this year. The party also lost a seat in Adamsdown. “Given the performance of the Labour party, I think we are really pleased about how the elections went – to have held 10 seats,” said Rhys.

“It was a real shame to have lost Emma in Pentwyn, who is a really great community champion for her area and a really good councillor. It is a shame that we didn’t manage to hold a seat in Adamsdown, but given the trends across the city and across Wales we did really well to hold our ground and this is a really good base to build on for future elections.”

Labour won big in this year’s local elections in Cardiff, taking a total of 55 seats – 15 more than the previous elections.

When asked what issues he hoped the Lib Dems would push Labour on in the coming term, Rhys said:

“[One of] the things I am most interested in picking [up on] is transport – making sure the transport network works for the city, [that] we finally get the bus station realised, [that] bus fares are affordable, [that] the council does what it can to deliver on the metro project and that we are making the community safe for people who are not in cars to get around.”

On top of ensuring that pressure is put on the administration when it comes to addressing the climate emergency, tackling air pollution outside schools and improving opportunities for young people in the city, Rhys said he hopes the Lib Dems can put pressure on Labour to help improve the consultation process at Cardiff Council.

“Our view is that it all needs to be scrapped and started on again. We put forward a motion for citizens assemblies in the last council term and that would be focussed on the city’s recovery from the pandemic. We are not of the view that because we have been elected to serve as councillors that we are able to represent every single person and every person’s experience of living in Cardiff.

“I am really keen for us to push on participatory budgeting – how we can give over part of the capital budget to communities, perhaps in the ‘Southern Arc’, to shape the priorities for their communities. In terms of planning, some of that is a national policy framework [matter], but we really need to make sure that communities have a stronger say in shaping plans [that] the council are bringing forward, but [also] that the planning policy and law provides greater parity between developers and communities.”

Rhys concedes it is “no secret” that the past decade has been a difficult one for the Lib Dems. However, he is hopeful for the party’s future. When asked how he hopes to help make it a party people can turn towards once again – in Cardiff at least – he said:

“I have knocked on thousands of doors in the last 12 months ahead of the election and actually what we have to say does resonate with people.

“People want vibrant communities that they feel they belong to, they want to have a greater say over what our city and their community looks like.They want to make sure that we leave our planet in a good place for the next generation.

“They are unhappy with the way things are going around housing, around planning. They want councillors and a party that will stand up for the things that they believe in and the things that they want to see change. We just have to get that message out there to more people more persistently.”

Cardiff City planning round up