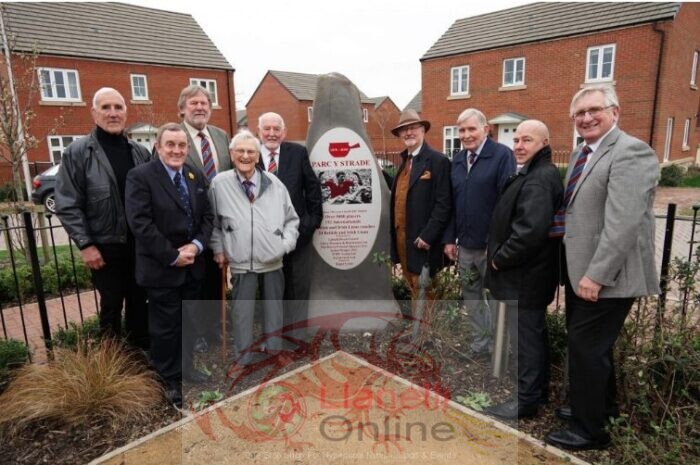 LLANELI’S political representatives have made tributes to the former Wales and Lions full-back Terry Davies MBE who has died at the age of 88.

Davies, originally from Llwynhendy, played his club rugby at Swansea and later Llanelli alongside a stint in the Royal Marines. Winning 21 caps for Wales between 1953 and 1961, he would go onto become the top scorer on the 1959 Lions Tour of Australia and New Zealand.

A longstanding resident of his beloved Bynea, Davies was involved in lots of fundraising and community projects, which later earned him an MBE for his services to the local area.

“ As well as his illustrious rugby career, Terry will be very kindly remembered by many in the local Bynea community and across Llanelli for his tireless efforts for the community. He will be sorely missed.”

“Very sad to hear about Terry Davies’ passing. I had the privilege of meeting him on several occasions as part of his community work in Bynea. He was a truly local sporting hero and a lovely man. Seeing the wide range of tributes pouring in just goes to show what a remarkable and fulfilling life he lived.”

“Terry will be sadly missed in Bynea, the village he loved and supported all his life. He was behind many projects working in conjunction with Bynea District Forum for the benefit of the residents. My memory of him will always be his sense of duty, his drive, caring attitude, commitment and dry sense of humour. His tales of the Lions Rugby tour regaled in his particular style was something I will always remember with great fondness.”