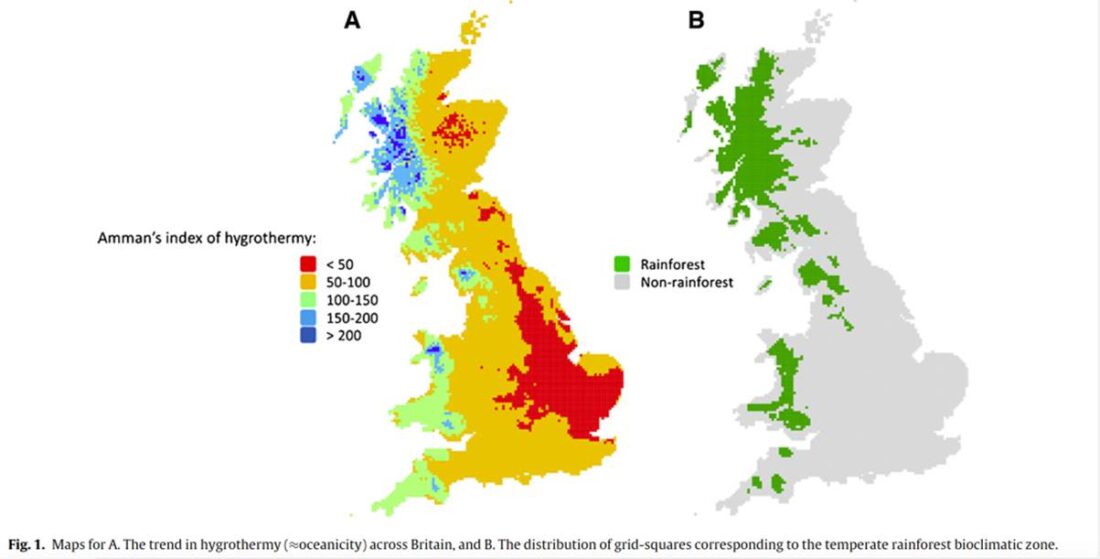 The Lost Rainforests of Britain campaign is calling on the Government to protect and restore Britain’s temperate rainforests.

The campaign is launching a major call to action for the public to help map the remaining fragments of the habitat around Britain during the week beginning 16th May.

The campaign is also calling on the UK Government to restore Britain’s lost temperate rainforests by implementing a ‘Great British Rainforests Strategy’.

The campaign is supported by the Eden Project.

Monday 16th May 2022: The Lost Rainforests of Britain campaign has launched a public call to action to raise awareness of Britain’s unique temperate rainforest and to ask the public to help map the remaining fragments. Some initial mapping has been done, which can be found here, but the habitat is so rare that the campaign needs public support to publish a detailed map as campaigners says once the remaining fragments have been found it will be easier to protect them. The campaign is led by environmental campaigner and author Guy Shrubsole who is also writing a book titled ‘The Lost Rainforests of Britain’.

Historically, temperate rainforests covered a much larger area of Britain and due to Britain’s maritime climate the habitat has the potential to cover 20% of Britain overall. Britain’s temperate rainforests were initially cleared in the Bronze Age and the medieval period, but some were also lost more recently due to forestry policies, and overgrazing is now preventing their return.

The campaign’s research has identified multiple areas across Britain that have the conditions for temperate rainforest. To help map these areas, the campaign is launching a nationwide public call to action asking members of the public to venture into their local woodland and send the campaign any information they find about temperate rainforest, including location and photos, to their website. The Lost Rainforests of Britain has also launched a public petition calling for the Government to protect and restore these habitats by implementing a ‘Great British Rainforests Strategy’.

Campaign lead Guy Shrubsole said: “Few people realise that Britain is home to such a globally rare habitat. Unfortunately, our temperate rainforest only remains in fragmented pockets, but this doesn’t have to be the case. The best way to bring back the lost rainforests is to better protect what we have left, and then allow these rainforests fragments to expand and regenerate naturally. By introducing a Great British Rainforests Strategy and committing significant funding and protection the Government can bring back our lost temperate rainforests by supporting landowners to build a barrier around existing rainforest to stop overgrazing and allow it to regenerate.”

A recent study measured the scale and speed of natural regeneration that has taken place at two formerly arable farmland sites in England. The researchers found trees sprouting at distances of 100 to 150 metres from a seed source; half the trees grew from acorns buried by jays, who carried them far from where they fell. At one of the sites, what had once been an empty field had become 100% closed-canopy woodland within 50 years. At the second site, regeneration was even faster, reaching 86% woody vegetation cover within just 23 years.